Since 1922 Jesuit and Holy Cross have met on the gridiron. This Great American Rivalry is the fifth oldest continuously played prep rivalry in the country. The Blue Jays lead the series, 58-40-1.

Legends of the Game

Each year as part of the Jesuit vs. Holy Cross Great American Rivalry Homecoming event, Jesuit and Holy Cross recognize an alumnus from each school for his distinguished military service. The award recognizes an alumnus who has demonstrated significant achievement and leadership, earning him a high level of respect from his peers, his superiors, and even the broader community.

In 2006, Jesuit and Holy Cross took the game to another level with the creation of a traveling trophy called The Golden Football. The trophy is the idea of Holy Cross alumnus Steve Donnes ’76, whose father and three brothers attended Jesuit. Holy Cross created the trophy, which resides at the winning school until the following year. After being showcased at Holy Cross’s tailgate party outside Tad Gormley Stadium, Ronnie Gravois ’56 (creator of BlueJaysTigers.com, a website dedicated to the rivalry) represents Jesuit at the tailgate party and presents Holy Cross with a print of the 1940 stadium photo.

In 2008, a committee of officials from each school was created to organize the expanding event and for the first time, The Great American Rivalry Series includes the Jesuit vs. Holy Cross game on their schedule.

The inclusion of GARS introduced several new elements to the game:

The event continued to grow and in 2009, Holy Cross created a game-day T-shirt and both teams came together to host a parade, or entrance of bands. The school bands assembled on Marconi and entered the stadium through the main gates.

In 2010, Jesuit joined Holy Cross in creating a game-day T-shirt. The schools agree to use the same design with each school using its own colors. Jesuit also hosted its first school-sponsored pre-game tailgate party. The party features Big Brother/Little Brother events, complimentary food and refreshments, and complimentary game tickets for parents of new students. The parade was enhanced to include the bands stopping, facing the fans, and playing their fight songs.

In 2011, the parade grew to include a float bearing each school’s mascot and head cheerleader displaying the game trophies. The parade is dubbed the Krewe of Rivalry. The float is the lead unit in the parade. The pre-game ceremonies were also enhanced to include the honoring of a military veteran alumnus from each school.

A Game Coin bearing the logos of both schools was a new improvement to the game day festivities in 2012. The coin was given to special guests, award winners, and seniors on the football team. The parade was enhanced to include the Legends of the Game riding in convertibles as well as a performance from hometown favorites, the 610 Stompers perform three numbers. Due to the effects of Hurricane Isaac, the parade did not include a float.

In 2014, Jesuit Marine Corps ROTC cadets presented a 40-by-60 foot American flag in front of a crowd of approximately 15,000 during the National Anthem. It took about 40 Blue Jay cadets to display the flag, which was on loan from the U.S. Navy VR-54 Naval Air Station in Belle Chasse.

In 2015, the Community Service Award was created. The award recognizes a senior football letterman from each school for his exemplary and inspirational service to his school and the greater community of New Orleans. 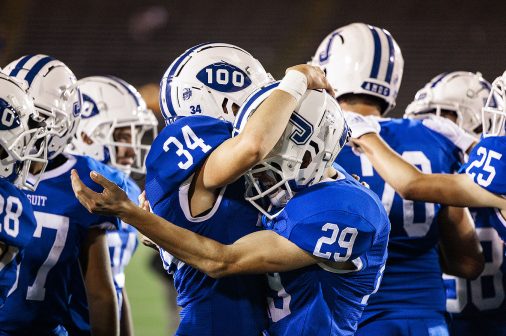 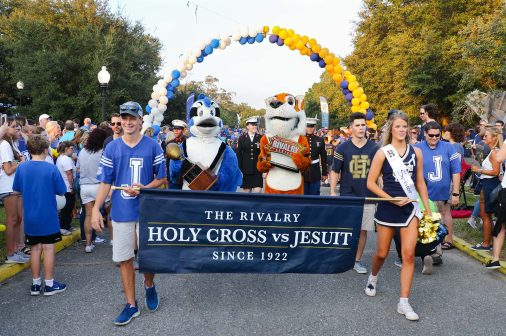 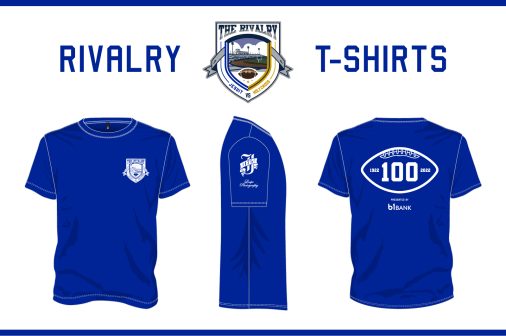 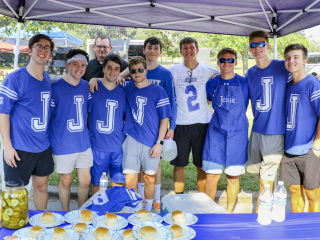 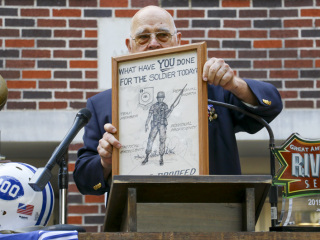 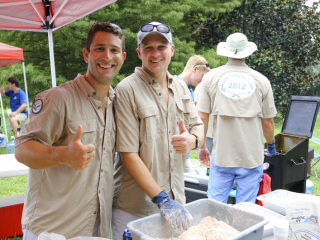 Full Calendar
There are no upcoming events at this time.