Profile of a Graduate at the Time of Graduation

The Jesuit Secondary Education Association (now the Jesuit Schools Network), developed the Graduate at Graduation which provides a summary of the skills and attributes that a Jesuit student should possess upon graduation. He should be Open to Growth, Intellectually Competent, Religious, Loving and Committed to Doing Justice. (This profile is also defined in the Bulletin.)

In one sense, the graduating senior is a threshold person leaving adolescence and entering adulthood. He is more than a child, but not fully an adult.

His adolescent years have provided him with experiences of success as well as of disappointment and failure through which he has learned something about himself and made some progress toward maturity.

He has negotiated many difficult situations characteristic of adolescence, but has not yet reached the level of maturity of a college senior. He is beginning to awaken to the more complex adult world and to frame questions about those aspects of life that he cannot comprehend.

Whereas he is at ease in the world of his peers, knowing what is expected in a given situation and independent enough to choose a response based on Christian values, it is with caution that he must enter the world of the adult.

The qualities that should characterize the student at graduation are those that are also most desirable for adult life — he should be open to growth, intellectually competent, religious, loving, and committed to doing justice. 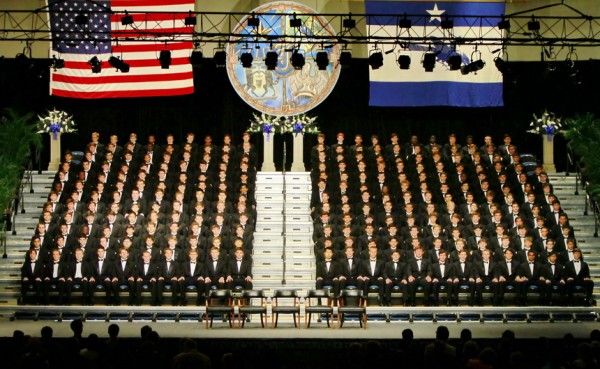 I. Open to Growth

The graduating Jesuit High School student has matured as a person to a level that he is beginning to take responsibility for his own growth (as opposed to having a passive, drifting attitude about growth). He is at least beginning to seek opportunities to stretch his mind, imagination, feelings, and religious consciousness.

Although still very much in the process of developing, he already is:

1. beginning to take responsibility for growth as a person emotionally, intellectually, physically, socially, and religiously.

2. learning to accept himself, his talents and limitations, victories and defeats.

3. becoming more conscious of his feelings and is freer and more authentic in expressing them; at the same time is beginning to accept his responsibility (to himself and others), and to manage his impulsive drives.

4. developing an appreciation of beauty and creativity.

5. becoming more flexible and open to other points of view, recognizing how much one learns from careful listening.

6. developing a habit of reflection about his experience.

7. beginning to seek new experiences, even those which involve some risk or the possibility of failure.

8. exploring career and lifestyle choices within the framework of Christian values.

The graduating student will exhibit a mastery of the academic requirements for advanced forms of education. While these requirements relate to departmental subjects, the student will have developed many intellectual skills and understandings which transcend the need for intellectual integrity in his personal quest for religious truth and in his response to issues of social justice.

A. With Regard to Academic Requirements…

10. has mastered the fundamental language skills.

11. has mastered the fundamental skills of mathematics.

12. can read and summarize material at the level of a beginning college freshman.

13. has mastered those academic subjects required for success in college.

B. In Relation to General Skills and Attitudes…

14. is developing a mastery of logical skills and critical thinking.

15. is developing precision and personal style in thought and expression both written and oral.

16. is developing a curiosity to explore ideas and issues.

17. is developing the ability to apply knowledge and skills to new situations and can adjust to a variety of learning formats.

18. is developing an organized approach to learning tasks.

19. can do research and present a convincing argument in both written and oral form.

20. is taking pride and ownership in his efforts and accomplishments and is beginning to enjoy intellectual and aesthetic pursuits.

21. has begun to develop a general knowledge of the central ideas, methodologies, and limits of a variety of intellectual disciplines.

22. has begun to relate current issues and perspectives to some of their historical antecedents.

23. is growing in awareness of his cultural heritage and that of others.

24. has begun to understand some of the implications of the uses of science, technology, and capital in public policy.

25. is beginning to understand both his rights and responsibilities as a citizen of the United States and as a member of the world community.

26. is beginning to understand strengths and weaknesses of the United States’ form and practices of government.

27. has begun to appreciate the variety and potential of the human person and community as presented in literature, biography, and history.

28. is developing the critical consciousness which enables him to analyze and to evaluate points of view relative to issues facing men and women.

The graduating student will know the major doctrines and practices of the Catholic Church and will have examined his own religious feelings and beliefs in order to choose an orientation toward God and establish a relationship with a religious tradition and/or community.

29. is familiar with the Old Testament and God’s plan for salvation, and has read the Gospels and encountered the person of Jesus Christ as He is presented in the New Testament.

30. has a basic understanding of the Church’s teaching about Jesus Christ and His redeeming mission, the embodiment of that mission in and through the Church, and its expression in the spiritual and educational traditions of the Society of Jesus.

31. has had some exposure to non-Christian and non-Catholic religious traditions.

32. is beginning to take more responsibility for exploring and validating his own faith.

33. has had some personal experience of God, either in private prayer, while on a retreat, in liturgical prayer, or in some other moving experience; is learning how to express self in various methods of prayer.

34. is beginning to form a Christian conscience and evaluate moral choices and can reason through moral issues with increasing clarity.

35. has begun to appreciate the importance of the sacraments in his life, especially the centrality of the Eucharist to a vibrant Christian community.

36. is learning through his own failure the need for healing by, and reconciliation with, friends, family, Church, and the Lord.

37. is at the initial stages of understanding the relationship between faith in Jesus and being a “man for others.”

38. is familiar with Church teaching on social justice.

The graduating student is beginning to establish his own identity, to move beyond self-interest or self-centeredness in relationships with others, and to be able to risk some deeper level of relationship. Nonetheless, his attempts at loving, while clearly beyond the attempts of childhood, may not yet reflect the confidence and freedom of a mature person.

39. is learning to trust some friends, family, and adults.

40. has begun to experience God’s love.

41. is beginning to love himself and to see himself as loved by God and others.

42. has begun to deal effectively with personal prejudices and stereotypes; communicates more easily with others, especially with peers of other races, religions, nationalities, and socio-economic backgrounds.

43. has experienced the support of various levels of community in the school.

44. has contributed to the school community.

45. is becoming more mature in his relationship with persons of the opposite sex.

46. is beginning to integrate sexuality into his whole personality.

47. has begun to appreciate deeper friendships but is also learning that not all relationships are long-lasting.

48. through service to others, is beginning to appreciate the satisfaction of giving himself for other people and thereby finding life enriched.

49. is more capable of putting himself in another’s place and understanding what that person is feeling.

50. is more sensitive to the beauty of the created universe and is more caring about life and the natural environment.

The graduating student has achieved considerable knowledge of the many needs of the local and wider communities and is preparing for the day when he will take a place in these communities as a competent, concerned, and responsible member. He has begun to acquire the skills and motivation necessary to live as a man for others. More specifically, he:

51. is more aware of selfish attitudes and tendencies which lead one to treat others unjustly; consciously seeks to be more cooperative, understanding, accepting, and generous with others.

52. is beginning to see that Christian faith implies a commitment to a just society.

53. is growing in awareness of the global nature of many current social problems (human rights, energy, ecology, food, population, terrorism, arms race, etc.) and their impact on various human communities.

55. recognizes the needs of some disadvantaged segments of the community by working with them in community service programs and has gained some empathetic understanding of their living conditions.

56. is developing both a sense of compassion for the victims of injustice and an active concern for those social changes which will assist them in gaining their rights and increased human dignity.

57. is becoming aware of alternatives to the ways in which society provides social services.

58. has begun to reflect on how his career can be of service to others.

59. is beginning to understand one’s obligation as a Christian to participate in the building of a humane, civic, and ecclesial community in a way that respects the diversity of the community.

60. is beginning to see the importance of public opinion and voter influence on local, regional, national, and international policies.

61. is beginning to understand the complexity of many social issues and the need for critical reading of diverse sources of information about them.

62. is beginning to confront some of the moral ambiguities imbedded in values promoted by Western culture.

63. is beginning to realize that the values of an overly competitive consumer society are sometimes in conflict with the demands of a just society, and indeed with the Gospel.

64. is becoming aware of the socio-economic problems of his local civic community.