For a full list of this school year’s clubs and organizations, and their moderators, visit the Co-Curriculars Page.

Jesuit is a member of the New Orleans Academic Games League that provides students the opportunity to compete with other area schools in the math games of Onsets and Equations. Success in the games depends on quickness of thought and a thorough knowledge of set theory and mathematical concepts. Coupled with other games, such as Mr. Presidents and Propaganda from the social studies and English areas, students who excel in the City League go on to national competition in the spring. (See Academic Games News.)

Devoted to debate, original oratory, extemporaneous speaking, dramatic interpretation, and humorous interpretation. It gives its members an opportunity to participate in competitive interscholastic speech tournaments at the local, state, and national levels. The team is a member of the National Forensics League, the Catholic Forensics League, and the Louisiana High School Speech League. The team is composed of students from all grade levels. (See Debate Team News.)

Jesuit participates in MATHCOUNTS, a nationwide program that seeks to encourage interest and proficiency in mathematics among intermediate school students. Preparation for competition begins in October and the district competition is held in late February at the University of New Orleans. The top three teams qualify for the state competition which is held in late March. All 8th grade students are eligible for participation in MATHCOUNTS.

Participates in the Judge Richard Ware IV Memorial High School Trial Competition in Region One, which is comprised of schools in Orleans, Plaquemines, St. Bernard, St. Tammany, and Washington parishes. The competition is designed to introduce young people to the world of advocacy, supplement their working knowledge of our court systems, and provide them with the opportunity to develop teamwork and oral presentation skills. Using actual court cases, the students act as attorneys and witnesses for both parties in a given case. A group of Jesuit alumni serves as the attorney-coaches for the team. (See Mock Trial Team News.)

Affords students the opportunity to display and refine their academic skills and to participate in live and computerized quiz matches against other schools locally, at the state level, and nationally. Jesuit fields both a junior varsity (8th and 9th grades) team and a varsity (10th, 11th, and 12th grades) team. Tournaments are held throughout the year.

The rally competition, dating back to 1909, forms a small but rich part of Jesuit’s tradition of academic excellence. At District Rally, students nominated by their teachers compete against their peers from other area schools in subjects in which they are currently enrolled. Top qualifiers at the district level move on to State Rally, where they compete against students from across Louisiana. Jesuit typically performs at a high level in the competition, and winners receive certificates, medals, and occasionally in the case of the State winners, small scholarships.

Students learn about the full process involved in engineering a complete system, including initial design, mechanical build, and programming. The club participates in regional tournaments with other schools from the area. Participation is open to all students with an interest in science and engineering. (See Robotics Club News.) 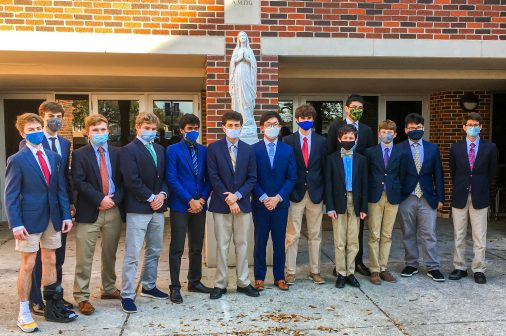 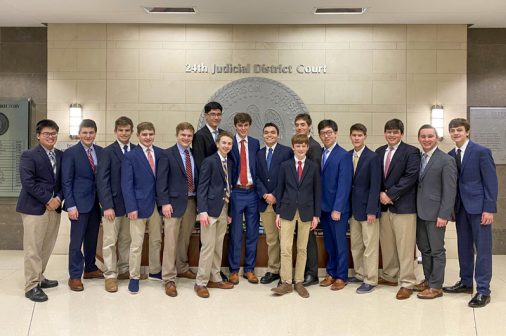 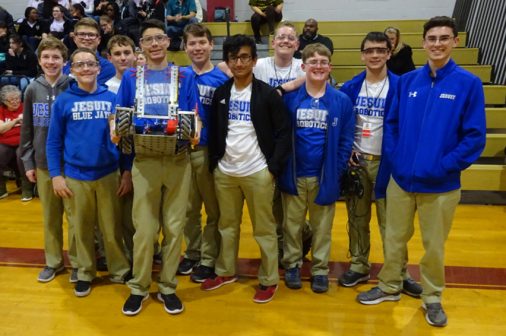