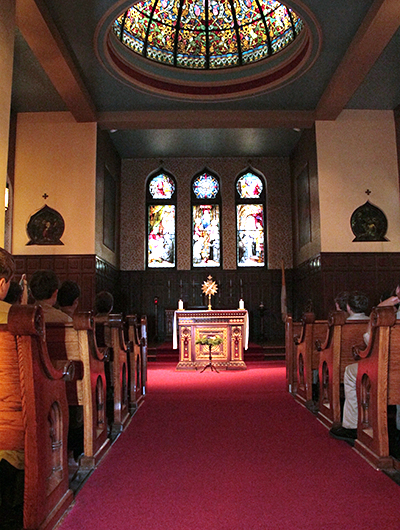 Drawing on the Moresque style of Immaculate Conception Church on Baronne Street, the Chapel of the Holy Name of Jesus is often referred to as “the small chapel” or Holy Name Chapel. It was originally built downtown on Baronne Street in 1901 in memory of Thomas J. Semmes as part of the Jesuit College, as the school was then known. When Jesuit built its high school at Carrollton and Banks in 1925-26, the stained glass, altar, and pews of the Semmes Chapel were reconstructed on site to serve as the Jesuit community’s domestic chapel.

The chapel features beautiful original art pieces and a stained glass dome and windows that capture the eye and the imagination. These breathtaking features, more than 100 years old, now beckon for restoration and preservation to serve Jesuit’s mission of faith formation for another century.

As part of a continuing enhancement of its facilities, Jesuit began a “100-year renovation” of the Holy Name Chapel in summer 2014. 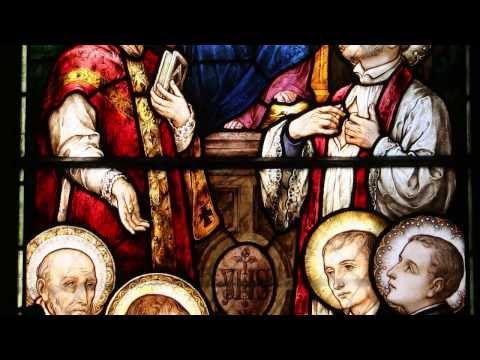