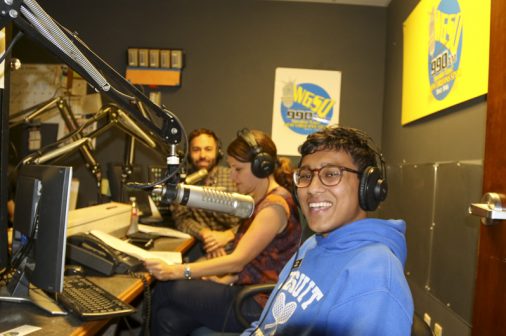 Senior Milan Mardia, who recently earned a perfect score on the ACT, has a blast in the WGSO studio as he appears on the “Delta Dispatches” radio show of alumnus Jacques Hebert ’03, who served as last year’s Career Day speaker. Hebert had great things to say about Mardia in this tweet from @RestoreTheDelta: “Such an honor to have @JesuitNOLA senior Milan Mardia on to discuss his work (while in high school!) on coastal restoration. You’ll no doubt hear more from him in the future!” Listen to the episode here! Milan is the featured guest in the first 20 minutes of the episode led by Hebert and Simone Maloz, the Executive Director of Restore or Retreat.