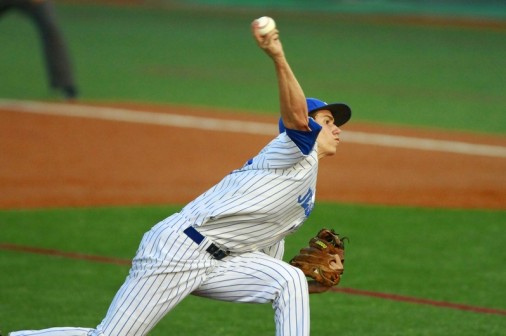 Emerson Gibbs ’12 won his first game as a starter for the Wave earlier in the season.