Fathers and Sons Spend Quality Time Together at Annual Mass

More than 550 fathers and sons attended the 2015 Father-Son Mass and Dinner. The event took place on Jesuit’s campus on Saturday, Jan. 10.

Last year’s breakfast, which included a gathering of about 450, was at the Sheraton on Canal Street. In the early years, the Father-Son get-together took place in Jesuit’s cafeteria. When it outgrew the location, it was moved downtown.

“Moving back to campus allowed us to make the event more affordable and comply with Archdiocesan policy regarding Sunday events,” said Jesuit president Anthony McGinn, S.J. ’66.

The evening began with Mass celebrated by Fr. McGinn in the Chapel of the North American Martyrs. The audience listened to an inspiring homily about how fathers prepare their sons for a successful life. Concelebrating the Mass were Fathers Raymond Fitzgerald ’76, Donald Saunders, Norman O’Neal, and John Brown, all members of the Society of Jesuit.

After Mass, seniors Daniel Augustin and Thomas Gallagher paid tribute to their fathers, talking about the time they spend together and how much they appreciate the guidance their fathers provide.

After the presentations, attendees filled the Student Commons for a delicious dinner, which included steak, grilled chicken, garlic mashed potatoes, and green beans. Of course the event included a large helping of Blue Jay camaraderie. 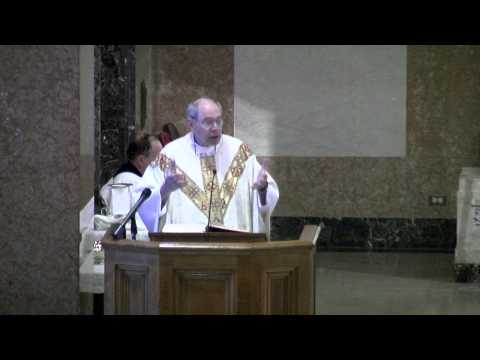 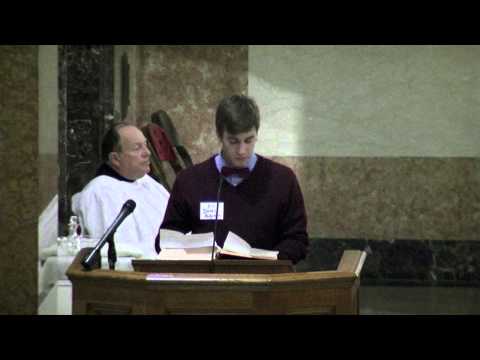 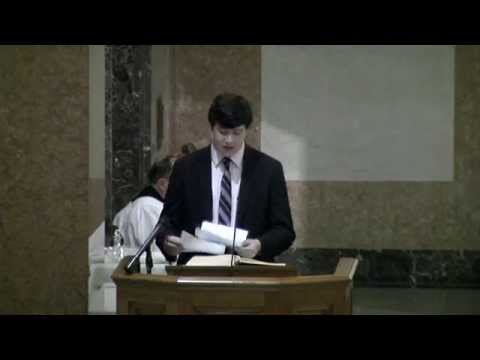