For the Jays, There Is Only Good Will Hunting Wolves 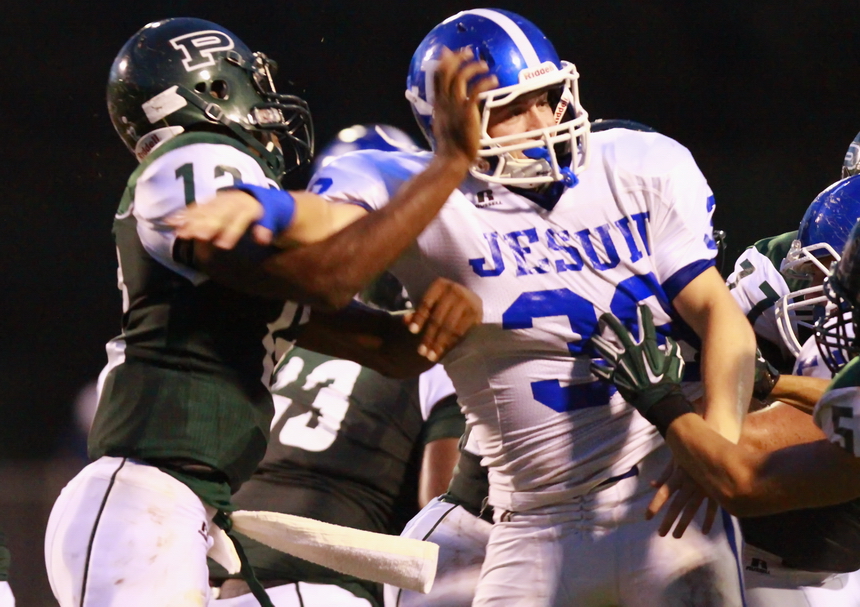 When Jesuit and St. Paul’s kickoff on Friday, September 12 in Covington, it will be the fifth game the two teams have played against each other.

The Blue Jays are 0-4 against the Wolves, which in and of itself, provides enough incentive for Coach Mark Songy’s team to notch their first win. 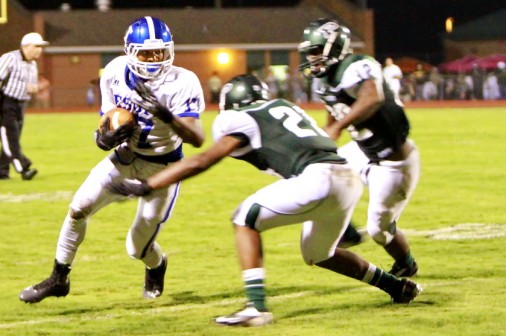 Junior wide receiver Kalija Lipscomb is a threat whenever he has room to run.

Factor in the results of last year’s game and there’s even more incentive for the Blue Jays to cross the Causeway for a 7 p.m. kickoff in the Wolves’ den.

Advance sale tickets are $6 (adults and students) and will be available at the Jesuit switchboard until 3:30 p.m. Tickets at the gate are $8 for everybody as student and faculty IDs will not be accepted since this is a non-district game.

It was a year ago when St. Paul’s defeated the Jays, 24-21, with a last-second field goal in the Mercedes-Benz Superdome. The Wolves missed their first field goal attempt, but a controversial flag provided a second opportunity and St. Paul’s cashed in for the win.

“They are a talented team, well-coached, and remarkably better than they were in a scrimmage three weeks ago,” said Coach Songy, noting that the Wolves defeated Karr by one point last week.

Coincidentally, Jesuit beat Karr, 17-15, two weeks ago in the Bonnabel Jamboree in circumstances remarkably similar to the ending of last year’s contest between the Jays and Wolves in the Superdome. The Jamboree result is not a part of Jesuit’s official record.

The Jays will be looking at St. Paul’s not only for their first win of the season, but also an inaugural victory in the rivalry between the two teams. In last week’s season-opener, Jesuit lost to Ponchatoula, 24-21, but the Jays have put that game behind them.

Against St. Paul’s, that should not be a problem for the Blue Jays.

View the Photo Gallery of the Jesuit – Ponchatoula Game