Mission: Homestretch is Under Way! 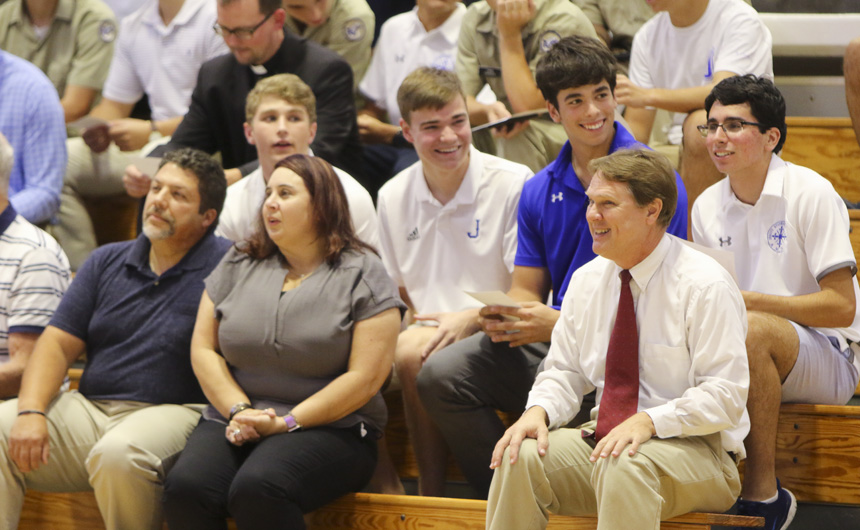 The Mission:Homestretch countdown to December 31 has officially begun!

The spirited campaign rally for Minds & Hearts Enlightened on Sept. 23 put the homestretch objective before all members of the Jesuit community. In the final 100 days of the campaign, the school community has taken on the challenge to raise the pledge total to $25 million by the end of the calendar year. Once that threshold is reached, the anonymous benefactor will contribute the final $5 million to take the campaign past the $30 million finish line.

The rally included three exciting pieces of news. First, the campaign now stands at $20.6 M in pledges! Although this momentum is an optimistic sign headed into the homestretch, every pledge to Minds & Hearts Enlightened, great and small, will be important to reach the goal. 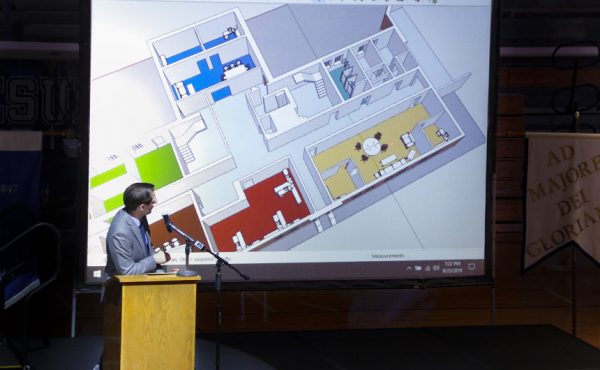 Second, plans for the new administrative building and the 1926 residence wing were showcased to the community, raising excitement for the projects that are coming in the future. A presentation on those plans can be viewed through the Rally Video Stream above.

Lastly, student body president Effy Marks announced to the community that the current student body will be raising funds to restore a statue of St. Ignatius of Loyola that will be installed in the new administrative building.

The evening also included a description of ways to get involved in the campaign efforts by Fr. John Brown, S.J., and a call to alumni to support the campaign from Zac Creel ’13. Those with interest in Minds & Heart Enlightened can find out more, pledge online, or reach out to the campaign coordinator Jason Britsch for more information about this exciting vision for Jesuit High School.