There is much cause for optimism for the 2019-20 Parents’ Annual Giving drive, commonly referred to as the PAG. Parents’ pledges are far surpassing last year’s figures this early in the effort, a sign that the message of affordability and excellence in a Jesuit education is being eagerly embraced by today’s parents.

The leadership team consisting of chairman Jeremy Mancheski ’90, 17 grade-level chairs, and hundreds of volunteer captains are doing an outstanding job with their own commitments and with inviting their fellow parents to join them in keeping Jesuit a school of excellence that remains affordable to as many families as possible.

On Tuesday, Aug. 20, captains attended Mass together and heard from the PAG chairman and from senior Nick Flores, who thanked parents for giving theirs son the opportunity to learn and grow at a school that has changed his life. 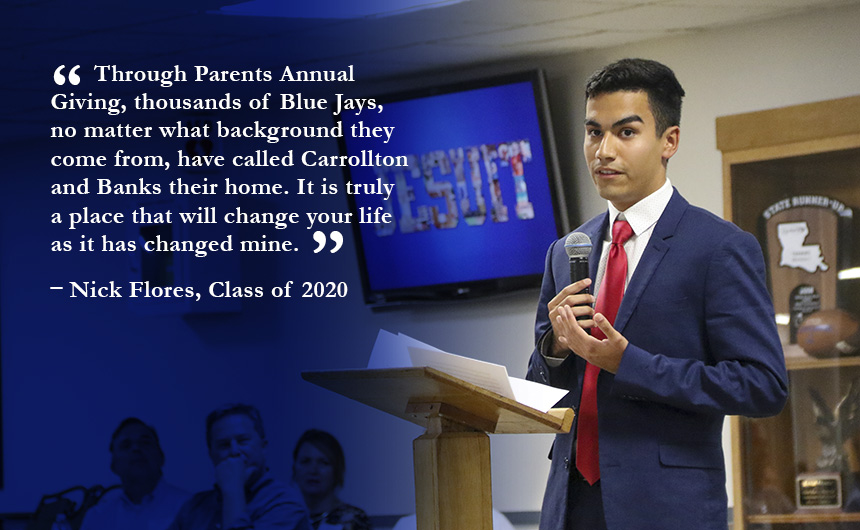 Flores related how coming to Jesuit was the best decision he has made in his life. “I know that I am a better person, and that your sons are better off because of their experience at Jesuit High School,” Flores said. “Through Parents Annual Giving, thousands of Blue Jays, no matter what background they come from, have called Carrollton and Banks their home. It is truly a place that will change your life as it has changed mine.”

Mancheski thanked PAG captains for their important role in ensuring the success of the drive. A strong believer in the annual giving model himself, Mancheski explained how PAG allows Jesuit to offer an education of the highest quality while keeping tuition affordable for families. 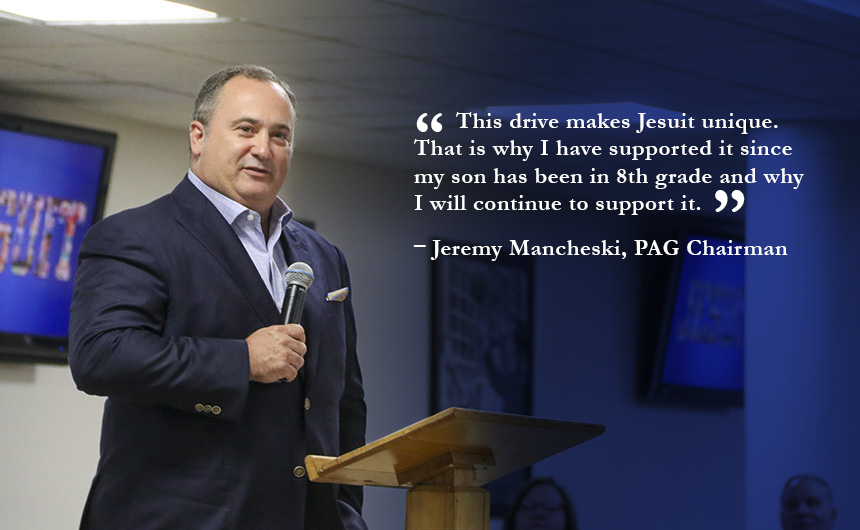 All PAG pledges, are due by Friday, Sept. 13. Parents have until May 2020 to fulfill their commitments. All PAG donations, which are used to make up the difference between what Jesuit charges in tuition and the actual cost of educating a Blue Jay, are tax deductible.

Questions about the drive should be submitted to PAG coordinator Krista Roeling at roeling@jesuitnola.org.

DONATE TO PAG (Donate All or a Portion Now)