Alumni Pick Up the Banner of the Minds & Hearts Enlightened Campaign 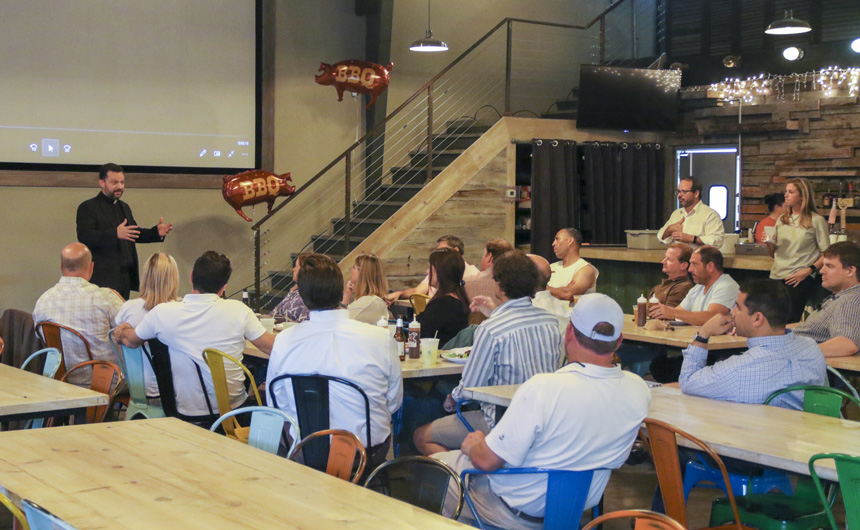 Members of the Class of 1992 and their spouses listen to an overview of the campaign vision given by Fr. John Brown, S.J., at Central City BBQ.

The Minds and Hearts Enlightened campaign has now reached the public phase which includes an appeal to parents, friends, and alumni. Participation in the campaign at any level, especially by Jesuit’s dedicated alumni, is so important. One of Jesuit’s distinguishing traits is the deep connection of its alumni to each other and to the school. 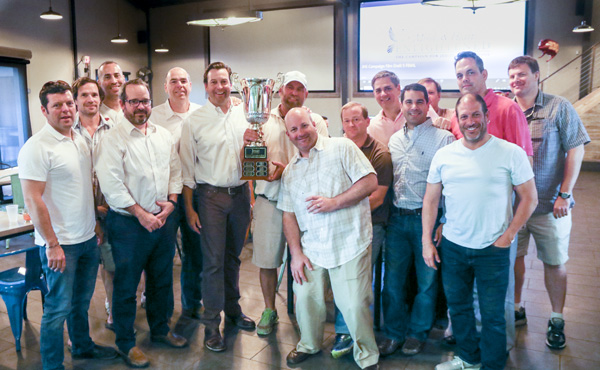 Several alumni classes have already taken up the challenge. Central City BBQ was the site of the Class of 1992’s reception and will soon be the site for a joint reception involving three classes – 1995, 1996, and 1997. John Regan hosted a couples reception for his Class of 1993. The Classes of 1983 and 1998 will soon follow with similar events. The classes of 1975, 1980, and 1994 are planning couples receptions in St. Ignatius Hall on Jesuit’s campus with a school tour as an add-on.

Many classes are choosing to invite a generous class member to host an event. Many are having an event on Jesuit’s campus or at a restaurant or hall. It could be a breakfast, a lunch, a party, a picnic. Many are choosing a combined event for several classes. Members of the advancement team are prepared to be present to explain campaign elements and answer questions.

The Minds & Hearts Enlightened campaign will ensure that Jesuit’s future provides the best possible environment and programs to form men of faith and men for others. Learn more about the exciting vision of Jesuit’s future at the campaign web page.