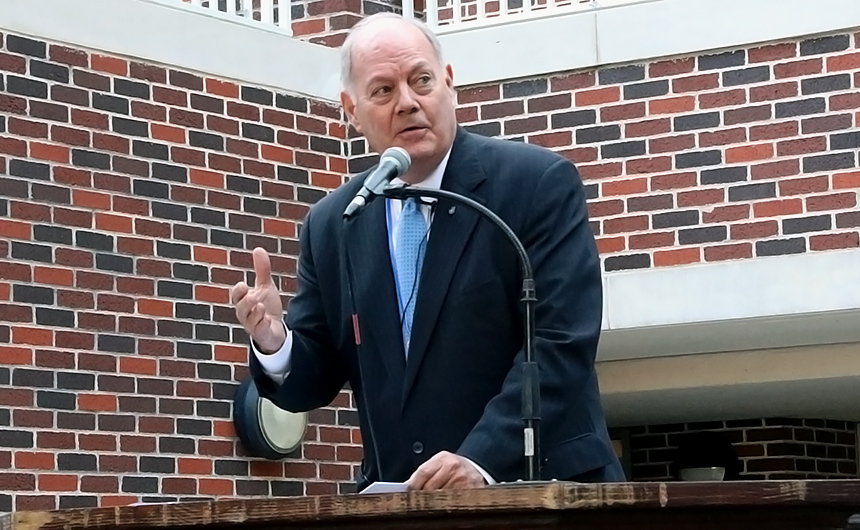 On Friday, Nov. 17, Jesuit’s 2017 Alumnus of the Year Jack Laborde ’67 took to the Traditions Courtyard podium and injected some good old Blue Jay Spirit into the assembly of Jays. 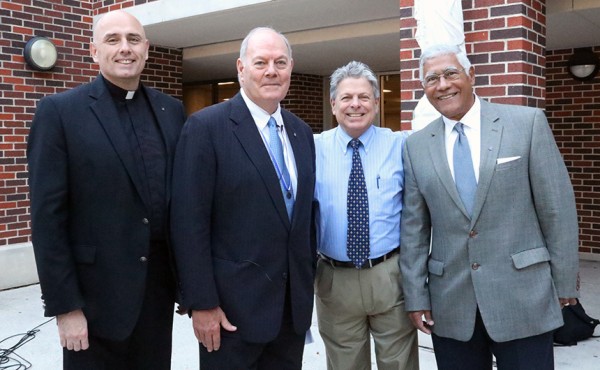 Using humor, humility, and heartfelt conviction, Laborde drew on his own experiences as a Blue Jay to leave the students a bit more inspired than when they first assembled. His main lesson was embedded in his story of having to attend band rehearsal and Quiz Bowl practice for his “alleged” theft of Mass wine while serving as an altar boy. The former three-sport letterman and captain of the 1966 football team recalled that the experience gave him a deep appreciation for the gifts and talents of others.

The former Rex (2014) ended his address with a call to appreciate the diversity of the school’s student body: “How great that students from Chalmette to Comus come to Jesuit.”

Laborde was presented the Alumnus of the Year award at the Homecoming Mass on September 30, 2017.