Student Council Executive Board Prepares for 2017–2018 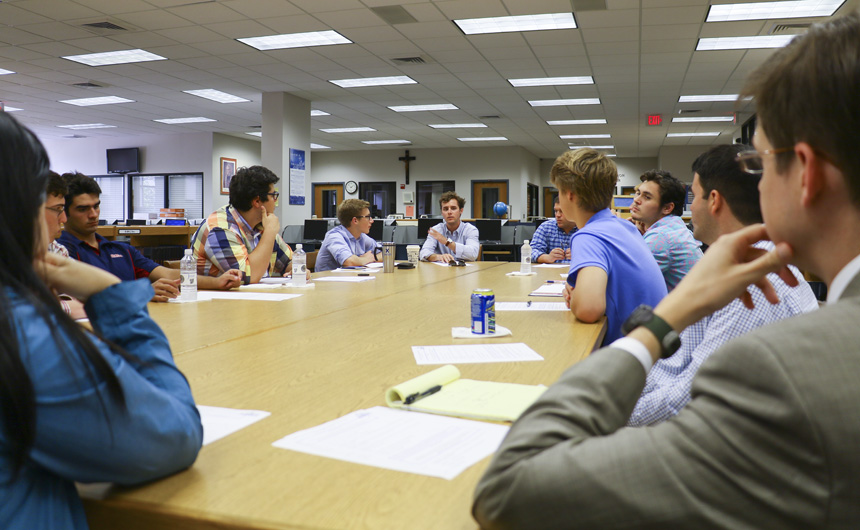 Harrison Bond ’15 tells the story of his experience at Jesuit, especially the feeling he had as a rising senior to give back to the school which had given him so much as a young Blue Jay.

Jesuit alumni and community leaders met with the Student Council executive board during the summer break to give guidance on leadership and influence through personal relationships. The annual leadership workshop is a day-long immersion into the customs and traditions of student leadership at Jesuit, preparing the executive board for a three-day retreat in which they plan activities for 2017-2018.

The morning session began with participants telling their “Jesuit story” – relating their decision to come to Jesuit and identifying the moment when they felt like they truly belonged at Carrollton and Banks. Afterwards, a presentation focusing on student life at Jesuit through the years helped the student leaders reflect on their role in preserving Blue Jay Spirit for the year ahead. 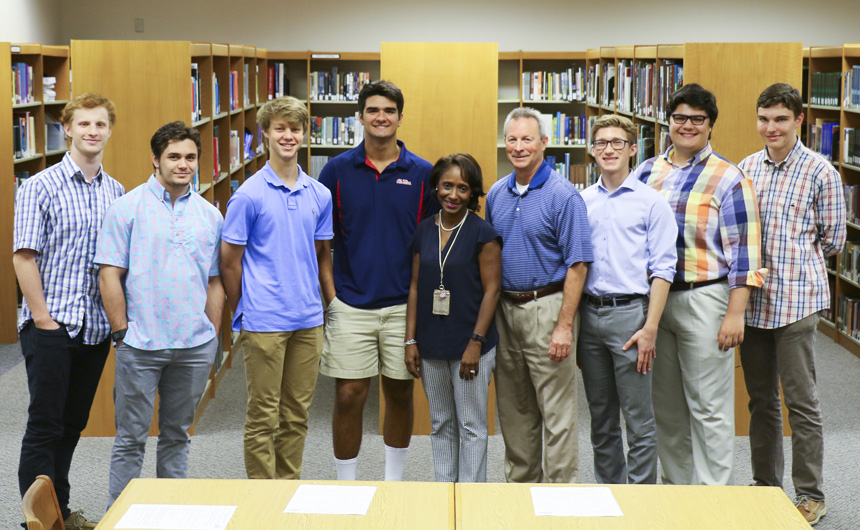 Then, leaders in the New Orleans community were one hand for a panel presentation to give leadership lessons from real-life experience. Vonda Rice, an IT Business Analyst for Entergy and mother of two Jesuit alumni, shared lessons she’s learned in her management experience. When asked about her proudest moment as a leader, Mrs. Rice shared that every time a person who works under her gets a promotion, she feels like she has done her job well.

Also on hand for the panel was Jesuit athletic director, Dave Moreau. Recounting his coaching experience all the way back to his teenage years, Coach Moreau highlighted the essential, though often-disparaged, role of followers in leadership. He also made sure to emphasize that character is the most foundational trait of good leaders.

After lunch at Central City Barbecue – owned by Jesuit alums from the Class of 1992 Marc Bonifacic and Aaron Burgau – the leadership team resumed with a round table discussion featuring student council leaders from the recent past to speak practically about their experiences at Jesuit. Harrison Bond ’15, Matthew Dupré ’12, and Jack Stanton ’05 gave the “dos and don’ts” of student council leadership, answering questions generated by the current student leaders. 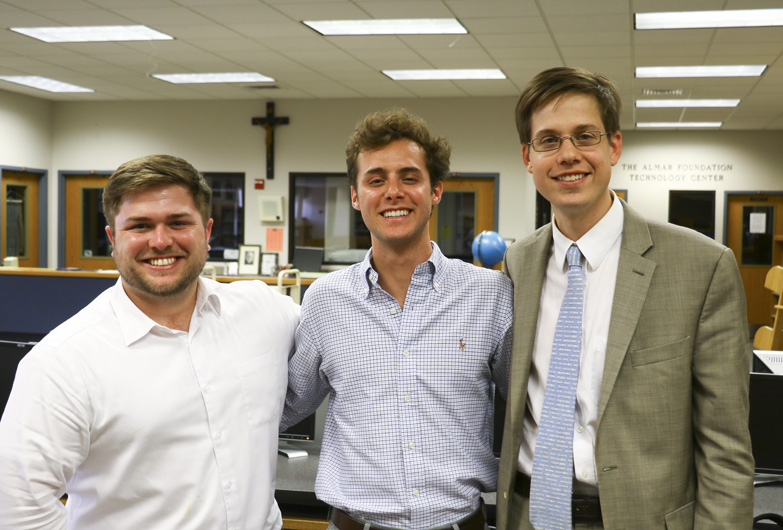 The workshop was co-hosted by the student activities office, under the direction of Matt Orillion ’98, and the office of institutional advancement. It has been a prominent feature of student leadership formation at Jesuit for the last seven years. At the conclusion of the work day, the executive board had all the tools they would need to to develop themes and activities for the 2017-2018 school year at their weekend retreat.