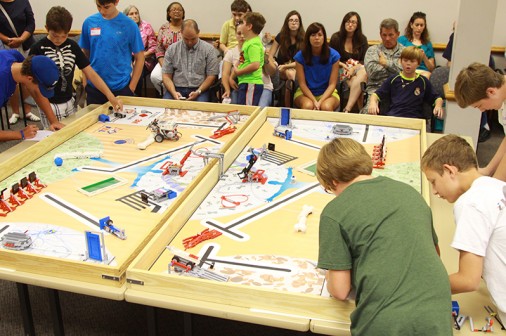 Campers in Jesuit’s Robotics Summer Camp, use their hands-on experience with LEGO® Mindstorms® EV3 Robots to engage in a friendly competition. Teams of campers designed, built, and programmed autonomous robots to complete a set of missions in a competition. The competition, which was the campers’ final camp activity, was attended by an audience of family and friends. The camp is in its second year of operation and is organized and run by Mr. Kyle White, who teaches physics at Jesuit and moderates the school’s robotics club. Jesuit Robotics Camp is open to boys and girls going into 6th-8th grades.