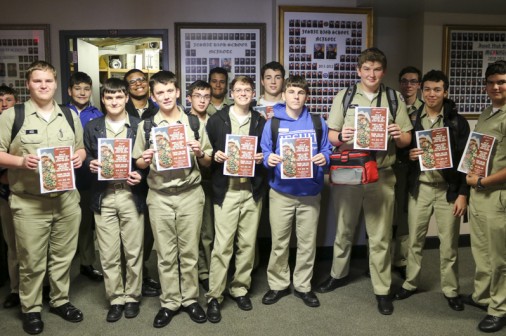 Members of Jesuit’s Marine Corps Junior Reserve Officers Training Corp (MCJROTC) show off their flyers for a fundraising event that goes on Tuesday, March 20! As the flyer reads, the MCJROTC wants to “raise some dough” at Louisiana Pizza Kitchen. Anyone who eats there on Tuesday can contribute to the fundraiser by simply writing Jesuit on their receipt. Twenty-five percent of purchases (on March 20) will support the MCJROTC program! View the PDF of the flyer.