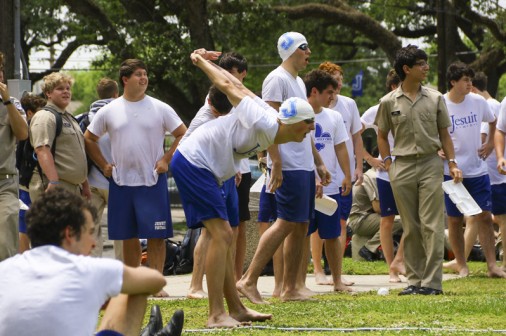 Members of the swim team become adept at their respective swimming strokes if they’re going to compete at the highest levels of high school athletics. On Wednesday at the Senior Week activity on Will Clark Field, there were many different strokes on display as seniors launched themselves down the Slip ‘N Slide to the amazement of of their classmates. Seniors Noah Wilkins and Justin Leveque even put on swim caps and mimicked swimming strokes as they slid down the plastic sheeting.