Blue and White Thro’ All The Days of Life… 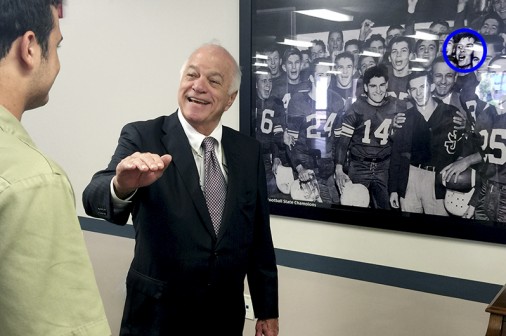 During a recent visit to his alma mater, Phil Brooks ’54 took the time to talk football in the Student Commons with senior Connor Prouet, a running back on the 2016 squad. Brooks, who is highlighted in this team photo, played offensive end and defensive back. He started in the 1953 state championship game, subbing for injured starter Bob Menard. In the season finale and in the rain, Jesuit defeated Byrd High School of Shreveport, 7-6, at Tad Gormley Stadium.