Weather Delays Oilers and Drillers, Game Set To Resume Monday at 11 AM

Oilers Out Front, 5-2, in Middle of Sixth Inning 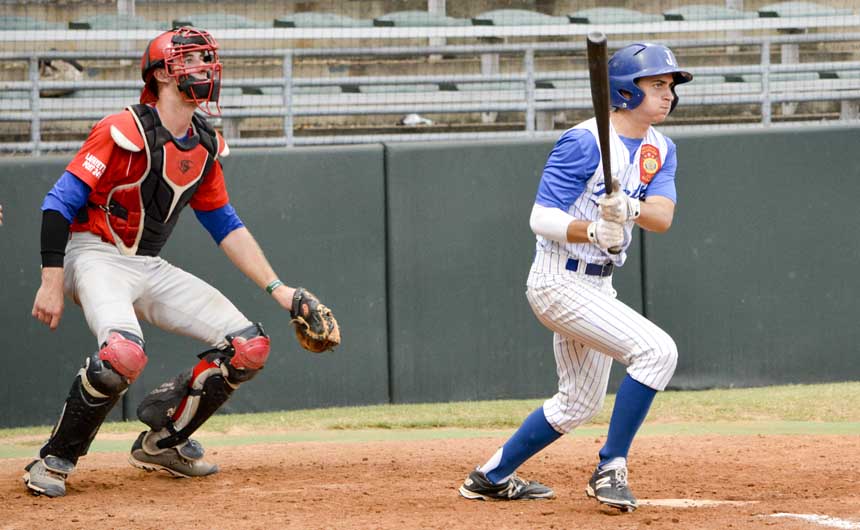 Just as Retif Oilers’ pitcher Mason Mayfield looked as if he had found his groove, lightning stuck and the heavens opened up.

A sudden, violent thunderstorm soaked the field at Kirsch-Rooney Stadium Sunday night, forcing suspension of the American Legion State Tournament. With the Oilers out front of the Lafayette-based Delhomme Drillers, 5-2, in the middle of the sixth inning, the umpires and Legion officials called it quits. 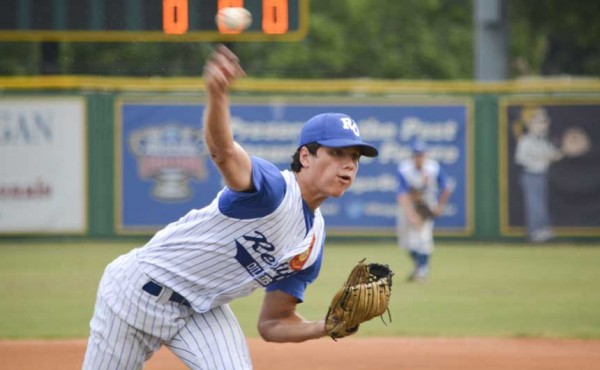 Starting pitcher Mason Mayfield seemed to be strengthening as the game went on, but got sidelined by the weather in the fifth inning.

The game,will resume on Monday at 11 a.m. with Delhomme batting to start the bottom of the sixth inning. The game is Retif’s opener in the Legion tournament after drawing a bye on the first round of play on Saturday.

Ben Hess opened the scoring in the first inning with a one-out triple, scoring Nick Ray, who led off the game with a walk.

From that point on, all of Retif’s runs came on clutch, two-out base hits.

In the second, Retif loaded the bases without a hit. Scott Crabtree was hit by a pitch, Hayden Fuentes drew a walk, and Harrison Daste got plunked in the wrist. Brandon Briuglio then came through with an RBI single to extend the lead to 2-0.

After Delhomme posted a run in the bottom of the third, Retif answered with three runs in the top of the fourth. Fuentes got things rolling by drawing his second walk of the game and was sacrificed to second by Daste. Bruiglio then came through with his second two-out RBI single of the game. The next batter, Hess, beat out an infield single to keep the inning alive. Daniel Edmund then cleared the bases with a triple, giving the Oilers a 5-1 lead.

The Drillers notched another run in the bottom of the fourth. Mayfield, a right-hander, threw his strongest inning of the game in the fifth. The rain delay, unfortunately, forced Mayfield to sit just as he seemed to be hitting his stride after yielding seven hits through the first five innings.