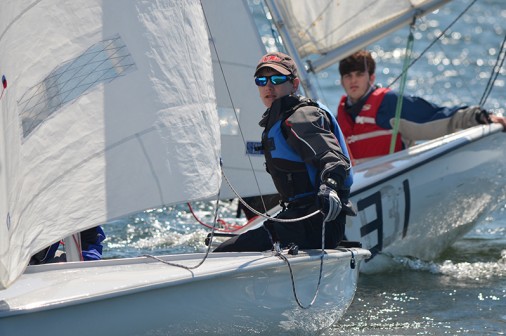 The regatta began on Saturday with warm, sunny conditions and light winds of 5 knots, but winds continued to build to 15 knots and temperatures dropped as the day went on. Jesuit ended the day in 1st and 3rd place after eight races. Sunday began with fog, clouds, light rain and 15 knots of wind. There were 10 races sailed, bringing the total number of races sailed to 18 for the regatta.

The Sailing Club helps its members foster and increase the knowledge of the sport of sailing. Club members compete in various interscholastic competitions throughout the country. The club strives to build a team that can consistently compete and perform well on the national level.