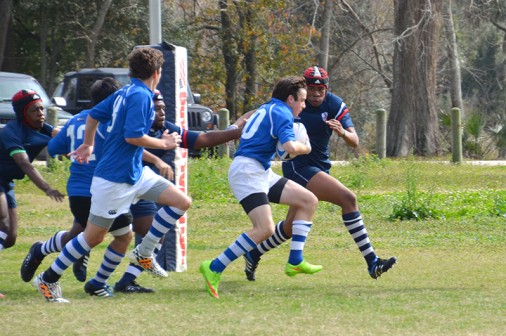 After defeating Lake Area 29-5, the Blue Jay rugby team is looking forward to a match against St. Paul’s on Saturday, Feb. 7 at 3 p.m. in City Park

The Jesuit Rugby team improved their record to 3-0 after defeating Lake Area High School 29-5 on Saturday, Jan. 31. The Jays took an early lead and defended some strong try attempts by Lake Area to win the match going away. With this victory against a quick and physical Lake Area team behind them, the Jays look forward to their next match which will be against St. Paul’s on Saturday, Feb. 7 at 3 p.m. in City Park.