Oilers, Behind the Strong Right Arm of David Boh, Finish Off the Drillers, 6-2 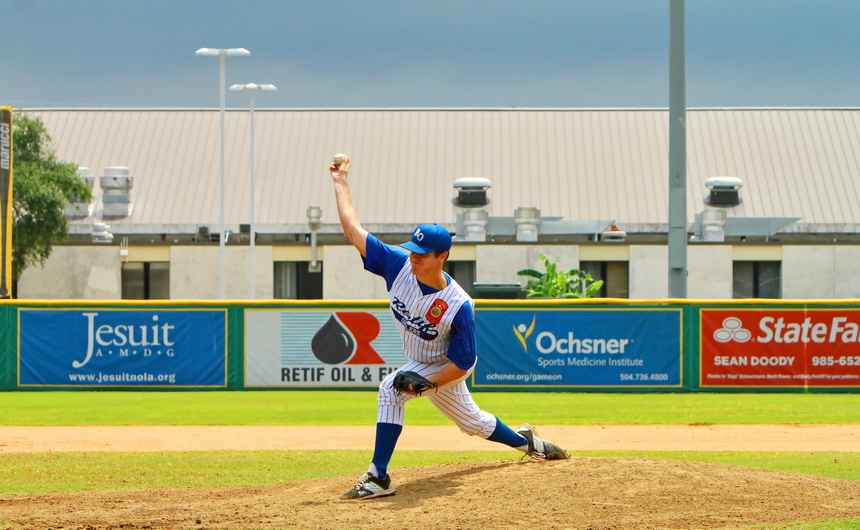 With ominous clouds on the horizon, Retif’s David Boh struck out the first and last batters he faced in four sterling shutout innings of pitching Monday morning in the American Legion’s State Tournament.

The rain held off long enough Monday morning for David Boh and the Retif Oilers to finish the job.

The Oilers defeated the Delhomme Drillers, 6-2, to advance to the next game in the winners’ bracket of the American Legion State Tournament. The Oilers are scheduled to play Gauthier-Amedee (GA) approximately 7-7:30 p.m. at Kirsch-Rooney Stadium. The first pitch is up in the air only because the weather is trying to wreak havoc on the Legion’s schedule which has two games preceding the Retif and GA’s.

Rain and lightning forced postponement of Sunday evening’s game between Retif and Delhomme. With the Oilers leading, 5-2, the game resumed Monday morning at 11 with the Drillers batting in the bottom of the sixth inning. 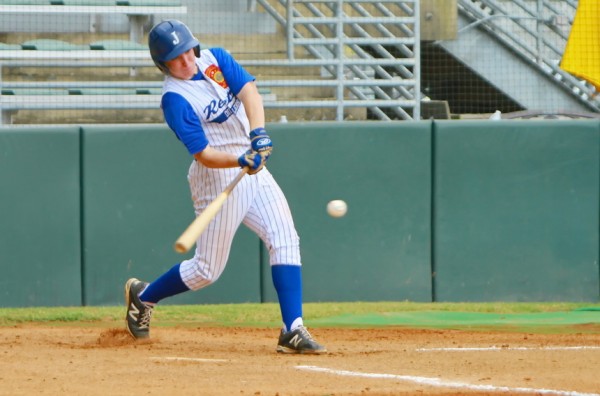 Hayden Fuentes puts the wood into this pitch, singling home Dan Edmund from third base for Retif’s only run in the final three innings.

Retif Coach Joey Latino looked to his bullpen and plucked right-hander David Boh to finish the game. And Boh did not disappoint as his fast balls were in the strike zone. While he struck out only two batters, the first and the last he faced, Boh shut out the Drillers, whose grounders and pop flys were easily fielded by the Oilers. Boh gave up one hit when a pop fly to right field got caught in the wind and could not be fielded by Ben Hess.

Boh’s pitching earned him a save. The win was earned by Mason Mayfield (7-1) who pitched the first five innings Sunday evening, allowing two runs on seven hits. Mayfield, who struck out six batters, was finding his groove when the game was called because of sudden, violent thunderstorms that rolled through the area.

When the game resumed, Retif added an insurance run in the top of the seventh. First baseman Dan Edmund singled and advanced to second on a sacrifice bunt by outfielder Mark Beebe. A single by catcher Trent Forshag moved Edmund to third base. Third baseman Hayden Fuentes hit Retif’s third single of the inning, scoring Edmund and giving the Oilers a 6-2 lead. Those three hits were all the Oilers mustered on Monday, but it was enough.

The Oilers scraped together a total of nine hits to the Drillers’ eight, but Retif pushed runs across the plate while the Drillers left runners stranded. Second baseman Brandon Briuglio had two singles and two RBIs; Hess hit a triple that drove in a run; Edmund singled in two runs; and Forshag notched two singles. It was also nice to see Forshag run the bases as usually a courtesy runner goes in for the starting catcher.

Admission to Monday night’s game is $6.