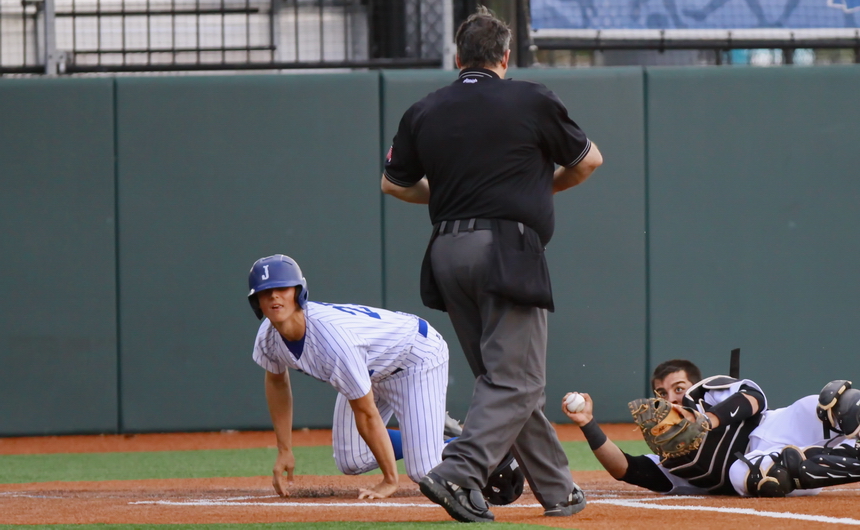 Stephen Sepcich survives a hard landing at home plate to tie Assumption in the 3rd inning, 3-3.

View the Photo Galleries from the Jesuit Invitational Tournament

The Jays survived a shaky start by junior pitcher Sean Bretz, who stayed in the game five innings, just long enough for his teammates to cross home plate six times to give Jesuit a 6-3 win over Assumption in the opening game of the Gerard Oubre Memorial Tournament.

Davis Martin came on in relief for Bretz in the final two innings.

The Jays play a double-header on Friday, welcoming the third-ranked Zachary Broncos to the Ryan at 4 p.m. Following completion of that game, the Jays face John Curtis in a game scheduled to begin approximately 6:30 p.m.

The final game of the tournament for the Jays has the team going up the river to play Hahnville in the Tigers’ lair. First pitch is scheduled for 12:30 p.m.