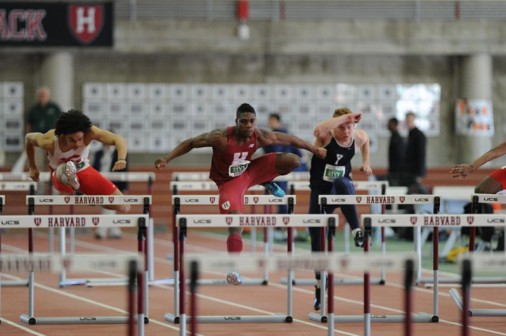 Harris won the event with a time of 7.94, just .01 off the new program record he set the day before.

While a student at Jesuit, Harris helped his team win the 2011 Catholic League District Championship and the 2011 LHSAA Regional Championship. The team finished the year in 4th place at the LHSAA State Championship. Harris set five school records in his senior year and was state champion in two separate events. Additionally, he was recognized with the The Ubaldo Trelles Memorial Award for excellence in Spanish, the All-Around Athletic Ability Award (shared with Jesuit golfer Myles Lewis), and The Chester M. Rieth Award for Track Leadership, Sportsmanship, and Spirit.