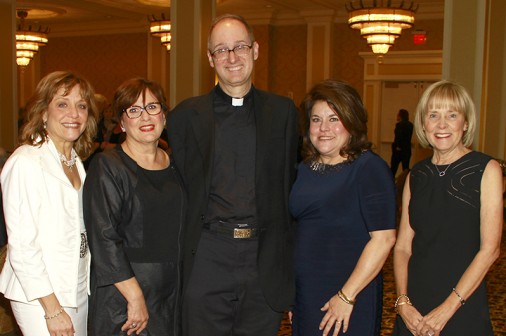 About 200 mothers of both current students and of alumni attended the luncheon to honor the volunteer work of these four Blue Jay mothers whose extraordinary contributions of time and talent have greatly benefited Jesuit.

This is the 15th year that Jesuit is honoring volunteer mothers. The first Alma Mater Awards Luncheon was held in 1992 and for the next 13 years, it was a much-anticipated fall event. Following Hurricane Katrina, the annual luncheon was put on hold and finally returned to Jesuit’s calendar last year.