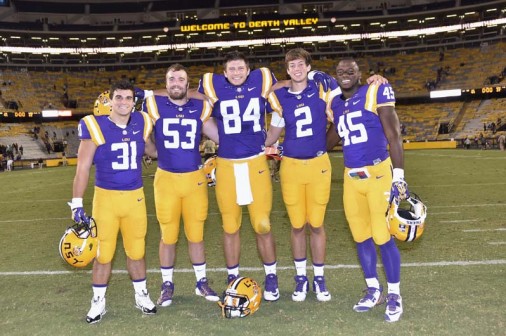 Jones, who is studying sports administration, is a starting linebacker who has been a major contributor on special teams since he arrived as a highly-touted recruit. After four games, Jones leads the team in tackles with 29 and is tied for the team lead in interceptions with two, including one that he returned for a touchdown against Eastern Michigan on Saturday, Oct. 3.

Moreau is making an early impact. The 6’5″ 261-pound tight end is usually on the field when the Tigers get into the red zone. LaForge is a reserve quarterback.