Blue Jay Alumnus, Mike White ’95, Is All About the Fight 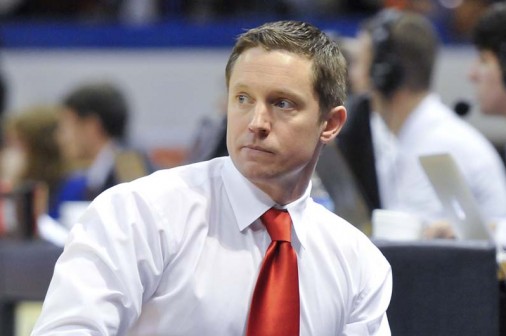 Michael White from Jesuit’s Class of 1995 is the new head basketball coach at the University of Florida. He was the head coach at Louisiana Tech before replacing Billy Donovan in Gainesville.

Mike White, a 1995 alumnus of Jesuit High School, plans to use what he learned at Carrollton & Banks in leading the University of Florida basketball program. The father of five children played for Ole Miss after Jesuit. He was an assistant coach at Jacksonville State and at Ole Miss before accepting his first full-time head coaching job at Louisiana Tech in Ruston. Now he’s leading the program at Florida.

Jesuit varsity basketball coach Chris Jennings said, “He could have jumped at a couple jobs, but he waited for the right one. He’ll have that team playing his way and playing hard, I promise you that. I just think Florida seems like a great school, a great fit for him.”

GatorZone.com – Mike White Is All About the Fight