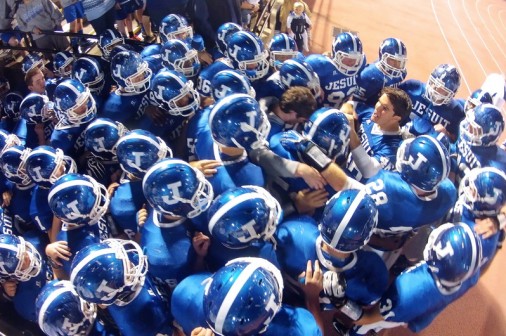 The Jesuit football team will scrimmage against De La Salle in the 2014 spring game at Tad Gormley Stadium in City Park on Thursday, Mary 15. Play begins at 4:30 p.m.

Fans will get a sneak peek at the 2014-2015 Jesuit football team on Thursday, May 15  when the Blue Jays face De La Salle in the team’s only spring game. The glorified scrimmage gets underway at 4:30 p.m. at Tad Gormley Stadium in City Park.

Admission price is $4 for adults and non-Jesuit and non-De La Salle students. Jesuit students will a school ID will be charged $1, as will children ages 6-11.