Jesuit, Looking “LackaJaysical,” Scores in 79th Minute to Escape Rummel with a Win 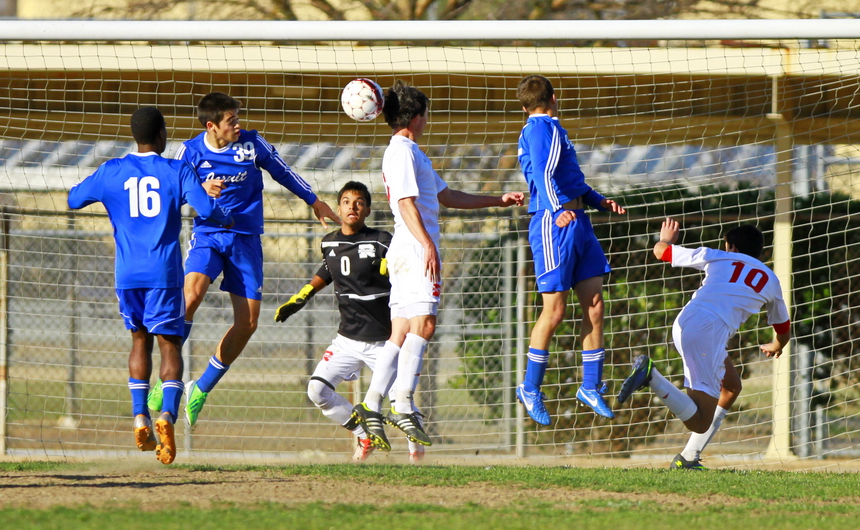 The Jays scored a lone goal in the 79th minute against the Raiders to escape Metairie with a win. Senior Cameron Coulon, sophomore Chase Rushing, and senior Evan DeHoog pressure the Raider goalie.

The Jays did not make it easy for themselves or their fans playing Archbishop Rummel on the Raiders’ field in Metairie on Saturday afternoon, Jan. 18. Virtually the entire match was played in front of the Raiders’ goal. And up until the 79th minute, the Jays couldn’t buy a goal for a nickel as shot after shot either went astray or straight into the arms of Rummel’s goalie, who also made some gutsy saves. It was senior Kyle Holzman who persisted and broke the game open when, surrounded by Rummel defenders, he scooted a shot past the diving Raider goalie. The Jays pull one out of the hat, 1-0.

After the match, the Blue Jays gathered in front of one of the Raider goals to hold a long team meeting without coaches. The results of that meeting should be evident for the remainder of the season.