Seniors Are Reminded that Their Jesuit Rings Are Symbols of Love 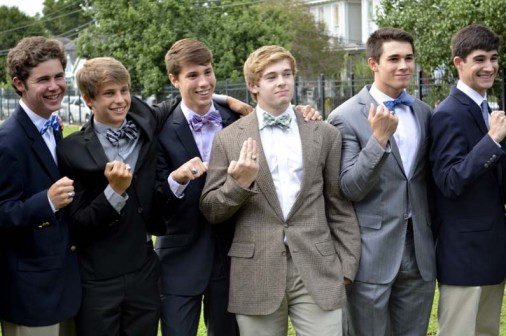 The Chapel of the North American Martyrs was the setting late Saturday afternoon for the annual Ring Mass where 276 proud seniors of the Class of 2015 not only received their prized gems, but also learned something about the significance of the moment.

In his homily to seniors, Father Raymond Fitzgerald, S.J. ’76, who was the main celebrant alongside his fellow Jesuit priests, explained that the gold bands represent love on many levels – Jesuit’s love for each of them, and the love that Blue Jays have for Jesuit and for each other.

Most importantly, the blessed rings signify Christ’s love for each Blue Jay. “Imagine Christ here with you now, for so He is,” Fitzgerald told the seniors. “Hear His words of encouragement, of challenge to be the best, of strength in resisting evil, of ever-greater generosity, and of never-ending love.”

While most of the rings distributed to seniors were purchased new, several represent two generations in that alumni fathers gift their own bands to their Blue Jay sons.

Following Mass, seniors processed out and assembled on South Solomon Street directly in front of the steps where their excitement became palpable. Hands and fists reached for the sky. New rings sparkled. Parents clicked away on their iPhones. Anticipation was thick as seniors soon would be celebrating at their ring dance. And there’s always Monday, a holiday for senior Blue Jays to forget about school. But just for a day. 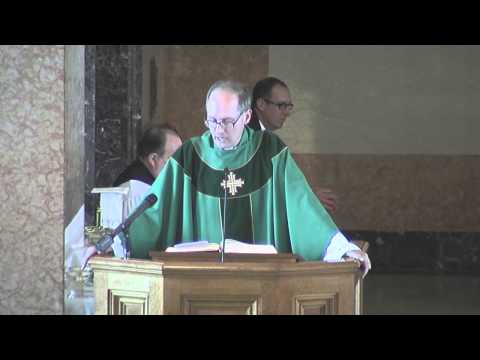