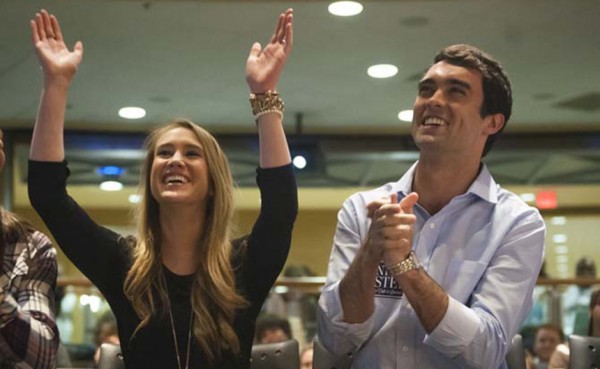 Clay Tufts of the Class of 2011 was elected Student Government President at Louisiana State University for the 2014-2015 academic year. Tufts is familiar with leading his fellow students, as he served as Secretary on the Student Council Executive Board while at Jesuit.