Under Blue Skies and White Clouds, Bazaar 2014 is a Picture-Perfect Day 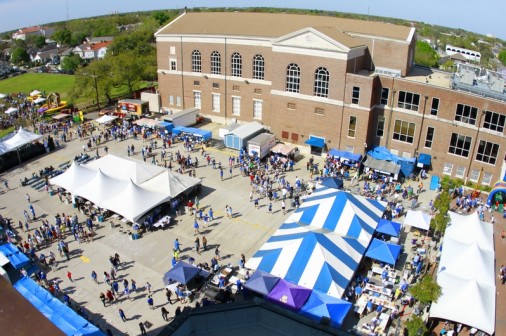 The Blue Jay Bazaar was the place to be on Sunday, March 30!

From the top-notch live entertainment to the fun games, delicious food and exciting raffles, this years’ Bazaar was a great success. Jesuit extends its thanks and appreciation to this year’s Bazaar co-chairs, Sam McAloon and Lori Ryan. Their tireless work, along with a legion of volunteers and sponsors, helped ensure the success of this annual event.

Kim Brandt of River Ridge, the mother of senior Matthew Brandt, was the lucky winner of the $5,000 Grand Raffle. The process of selecting a ticket from among several thousand was not witnessed by a legislative auditor. Better yet, the ticket was personally pulled by Jesuit president Fr. Raymond Fitzgerald, S.J. and witnessed by raffle co-chair Jan Mickan.