Sophomores Benji Creel, Mark Piglia, and Sterling Stafford won the 2014 essay contest sponsored by the New Orleans Chapter of Freedoms Foundation of Valley Forge (FFVF). They, along with six other local winners, were awarded an all-expense paid trip to a Youth Leadership Symposium in Valley Forge, Pennsylvania.

Junior Steven Stradley’s essay won the essay contest in 2013 and was selected this year to receive FFVF’s National Awards Program—The George Washington Medal of Honor. Steven received the medal from the FFVF at the New Orleans chapter luncheon in May 2014.

Freedoms Foundation is a national patriotic organization whose purpose is to develop among young Americans an understanding and appreciation of the nature and benefits of freedom and the institution of a free society. 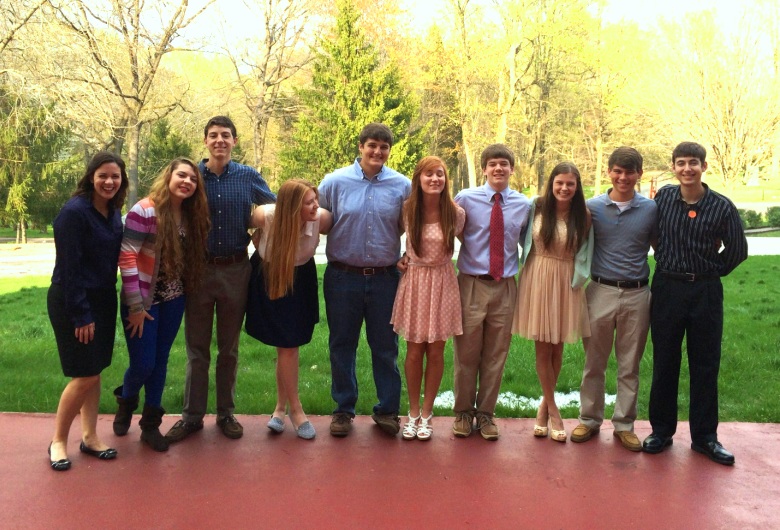 Blue Jays and other winners of the Valley Forge Essay Contest visit the military camp of the American Continental Army during the American Revolutionary War.