Babin Will Be Honored at October 4 Homecoming Mass and Reception

Bill Babin ’74 stands on Alumni Field at John Ryan Stadium. As Jesuit’s 57th Alumnus of the Year, Babin will receive the F. Edward Hebert Award during Homecoming Mass on Saturday, October 4 at 5 p.m. in the Chapel of the North American Martyrs.

Wilbur J. “Bill” Babin, Jr. — a 1974 graduate of Jesuit High School and an attorney whose passion for the game of baseball is reflected in his commitment to coaching Jesuit’s pre-freshmen teams for the past 20 years — has been named the school’s 2014 Alumnus of the Year.

Babin will be honored during Jesuit’s annual Homecoming Mass on Saturday, October 4, at 5 p.m. in the Chapel of the North American Martyrs on Jesuit’s campus. Immediately following Mass, alumni and their wives or guests are invited to a jazz reception in the Student Commons.

Babin will receive the F. Edward Hebert Award, given annually to an outstanding alumnus who is recognized for his achievements and distinguished service to Jesuit or the community-at-large, and in many instances, both.

“Bill Babin is the epitome of a great Blue Jay,” said Rev. Anthony McGinn, S.J. ’66, president of Jesuit High School. “He uses his gifts to enhance the lives of the young men he coaches. Bill instills in his players a sense of order, an appreciation for doing things in the proper way, and a realization that a strong work ethic will yield positive results.”

Bill Babin (seated front and center) with his classmates at their 40-year reunion in April 2014.

Babin is Jesuit’s 57th Alumnus of the Year, and for now, the school’s youngest honoree. He said when Fr. McGinn recently stopped by his law office, he assumed it had something to do with the fundraising campaign he co-chaired for Jesuit’s John Ryan Stadium.

“I was shocked when he told me,” recalled Babin, who said there are many other alumni who deserve the honor. “But, believe me, I was not about to say ‘no.’ I am so proud of this honor and I really look forward to celebrating with all the Blue Jays at the upcoming Homecoming Mass and reception, especially my classmates and the players I’ve coached at Jesuit.”

Babin started his coaching career in the summer of 1977, initially overseeing Jesuit’s Metro teams that were part of a summer league whose players were mostly freshmen and sophomores. In 1978 and 1979, Babin’s Metro Jays won championships. Since 1994, Babin has coached Jesuit’s pre-freshmen baseball teams, providing a solid foundation of the various facets of the game and instilling in young Blue Jays the requisite principles of high moral character, keen competition, and exemplary sportsmanship.

Babin, who served as president of Jesuit’s Alumni Association in 1999, has long been an active alumnus at Carrollton and Banks. With his classmate (and teammate) Terry Billings, Babin co-chaired the Home Field Advantage Capital Campaign, which resulted in raising more than $5 million to help build John Ryan Stadium, Jesuit’s first off-campus multi-purpose athletic facility located five minutes from the school. Since 1979, Babin has made an annual retreat to Manresa with a group that includes several other Blue Jays.

“Bill is one of the leaders of the Class of 1974, the type of classmate who can pull everyone together, whatever the cause may be,” said alumni director Mat Grau ’68. “He has worked faithfully to organize his class reunions and to bring classmates to Jesuit to help call for the annual alumni drive. For Bill, it’s important that his fellow Blue Jays remain connected to each other and to their alma mater.”

A true product of Crescent City baseball, Babin came up through the ranks of the New Orleans Recreation Department (NORD), Babe Ruth Baseball, Jesuit, and Tulane University. Along the way, he was mentored by some of the city’s legends, including Firmin Simms of NORD and Babe Ruth Baseball. There was also Tulane’s Joe Brockoff, who coached Babin and the Greenies’ 1979 Metro Conference Championship Team which advanced to the NCAA Regionals, at the time a first for the university.

Bill Babin as a senior in the 1974 Jesuit Yearbook.

And of course, there was the legendary Frank Misuraca, Jesuit’s longtime baseball coach and athletic director who is now retired. On “Mizzy’s” watch in 1974, Babin — a senior playing second base and batting .312 — earned All-District honors. He also played second base on Misuraca’s Odeco Drillers, which won an American Legion State Championship in 1975.

“Bill thought I disliked him when he played for me because I was always harping on him,” Misuraca fondly recalled. “That was just my way of motivating him to do better. He was always one of my favorite players and he also turned out to be an excellent coach. Bill certainly is deserving of this award because he has given his life to helping Jesuit.”

After Babin graduated from Tulane University in 1979 with a Bachelor of Science degree in business management, he earned a Juris Doctorate from the LSU Law Center in 1982. Babin currently is a partner with The Derbes Law Firm, L.L.C. where the focus of his practice is bankruptcy, business litigation, and real estate/property law. Since 1990, Babin is one of six trustees appointed to the U.S. Bankruptcy Court for the Eastern District of Louisiana.

Babin and his wife Margaret will celebrate their 30th wedding anniversary later this year. 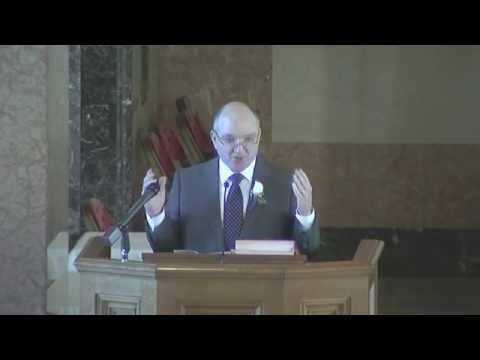 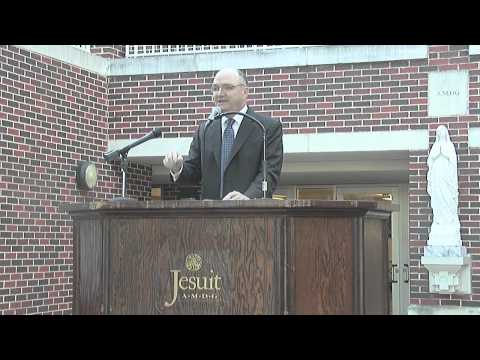