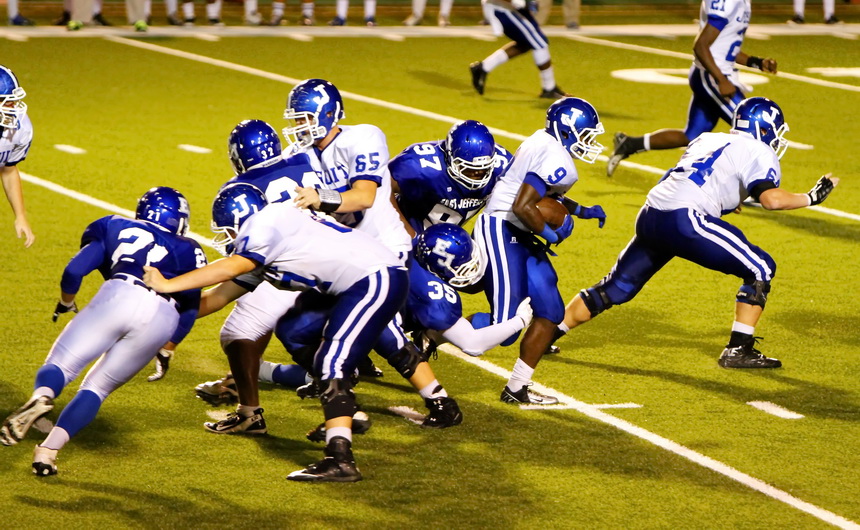 Junior running back Charles Jackson came off the injured Jays list and ran well against East Jefferson. On this play, Jackson goes through a wall of Warriors to pick up about eight yards, with some good blocking by juniors Brad Gaudet (65) and Jeff White (64).

The Blue Jays appeared to be “flat” in their Thursday night game against the East Jefferson Warriors. The result was a shellacking suffered by the Jays as the Warriors emerged victorious, 21-0.

The Blue Jays lost this game together as a team. However, there were some encouraging moments, as in every Jesuit game.

The Jays defense turned in a respectable performance, considering the Warriors have out-scored their opponents, 204-17. Junior running back Charles Jackson came off the injury list and played for the first time since the Bonnabel Jamboree. Watching “Action Jackson” dodge Warriors while grinding out yardage was fun.

Jesuit’s record is 3-2 going into the opening game of district play next week against the Holy Cross Tigers. The Jays and Tigers will kickoff at Tad Gormley on Friday, Oct. 11 at 7:15 p.m. The game is preceded by a tailgate outside the stadium.