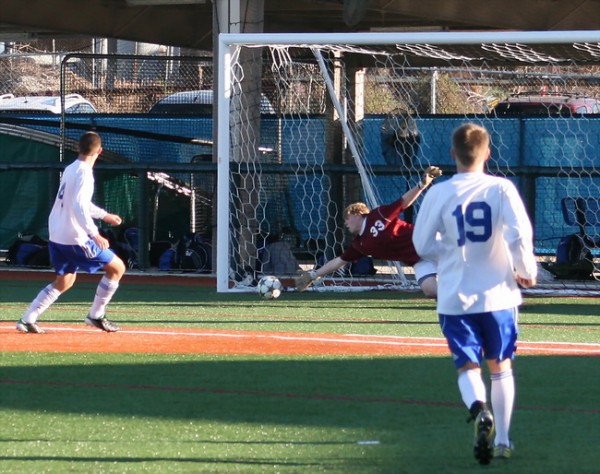 With junior Will McQueen (19) looking on, senior Mason Belle (4) scores for the Jays.

The Blue Jays advance to the second round of the playoffs to face the winner of the Caddo Magnet – Zachary game. Check the Jesuit web site later this weekend for details about the second round playoff match.