Retif Wins a Trio of Games Over the Weekend 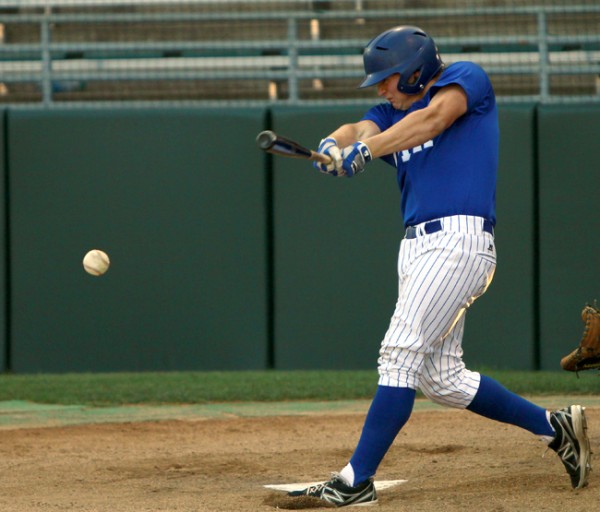 Trent Forshag’15 grounds a pitch into the gap Friday, June 7, 2013 during the 4-2 victory against Ponstein’s Grocery at Kirsch-Rooney Stadium.

Retif Oil (8-1, 2-0) did not waste any time scoring in Friday night’s game against Ponstein’s Grocery. In the top of the first inning, Retif scored three of its four runs and the last run coming in the second inning.

Coming off another district win on Friday, Retif was back on the diamond for a double-header with Big Easy Sportsplex 18 and younger at John Ryan Stadium. Retif won both of the games, 2-1 and 8-3. Retif returns to Kirsch-Rooney Stadium on Wednesday, June 12, 2013 to take on district rivial Peake BMW (Brother Martin). First pitch is slated for 7 p.m.