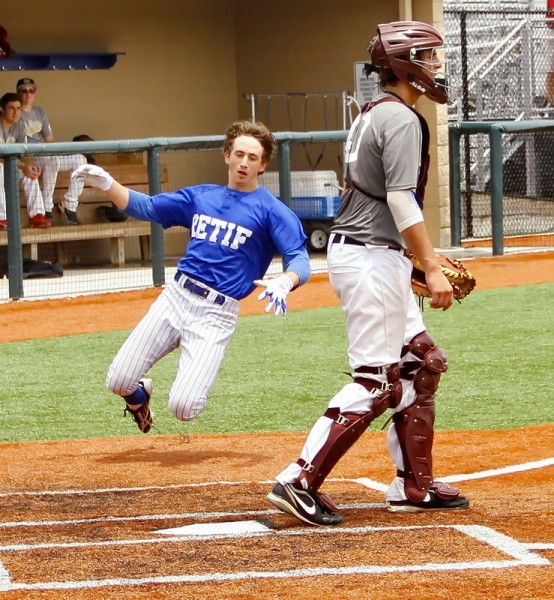 The tournament started off wet on Saturday, the second and final day, but the weather seemingly had no effect on players from any of the teams. Big Easy Sportsplex jumped out to a 3-0 lead in the first inning, but Retif answered with three runs in the bottom of the first. Big Easy continued their offensive spree by scoring four more runs in the top of the second. But the Big Easy show was over. Retif settled down, scoring five runs in a big third inning, and adding one more run in the sixth when Blake Baker ’14 smashed his inside-the-park home run.

Retif had 11 hits against Big Easy with center fielder Mitch Alexander ’13 accounting for a double and a stand-up triple, left fielder Ben Hess ’15 hitting two singles, and Baker going two for three. Brandon Sequeira ’14 took the mound in the second inning in relief of starter Clayton Deron ’14. Sequeira allowed four hits while striking out seven batters to add another win to his unblemished record of 4-0.