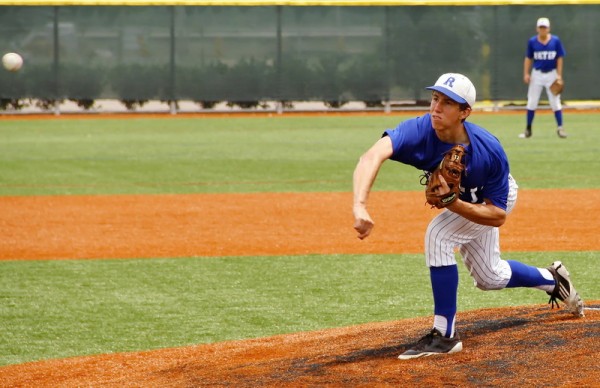 Retif Oil pitcher Brandon Sequeira ’14 also plays infield and will likely see double duty in the American Legion’s City Series that has been plagued by rain.

The American Legion Baseball’s City Series has been moved to John Ryan Stadium because Kirsch-Rooney Stadium’s Rags Schuermann Field is unplayable due to heavy rainfall the past couple of days.

The double elimination tournament will have the losers of each game playing each other at 6 p.m. on Saturday. The schedule for Sunday, July 7 will be posted when available.

Fans should remain on alert that severe weather (lightning) could affect play and the times of games. John Ryan Stadium’s artificial field drains well, so rain (unless its a torrential downpour) should not affect play.