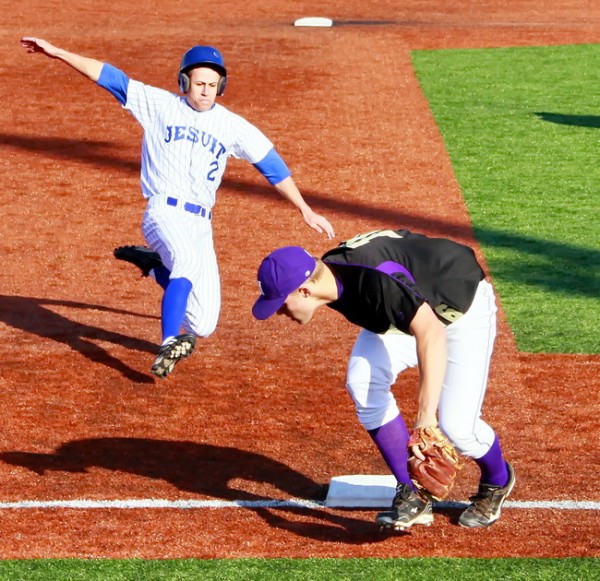 Senior pinch runner Mason Koppens is airborne as he skids into a safe landing at third base during Monday afternoon’s (March 25) game against Hahnville at John Ryan Stadium.

Nola.com Recap of the Jesuit vs. Hahnville