Jesuit High School Selects Peter Kernion as Its Next Principal 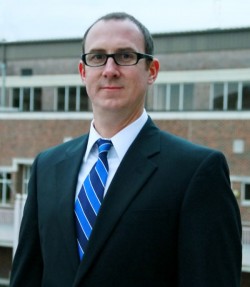 Peter Kernion of the Class of 1990 was chosen as the next principal of Jesuit High School.

Peter S. Kernion — a teacher, coach, administrator, and Blue Jay alumnus who, for the past 12 years, has quietly and effectively served as Jesuit High School’s assistant principal for student affairs — has been chosen as the school’s next principal. The appointment of Kernion to his new position, effective June 1, 2013, was announced Wednesday morning, March 6 at a special faculty meeting by Rev. Raymond Fitzgerald, S.J., president of Jesuit High School.

Kernion will succeed current Jesuit principal Michael Giambelluca, who is moving to Omaha, Nebraska to assume the presidency of Creighton Preparatory School.

“I am very grateful that Peter has accepted the challenges and responsibilities that are inherent with being principal,” said Fr. Fitzgerald. “I look forward to working with him in promoting the mission of our school to form men of competence, conscience, and compassion who are well disposed and well prepared to work for God’s greater glory and the good of others.”

Kernion said he is honored to have been selected for what he considers a formidable task.

“I understand the importance of collaborating with others and listening to the ideas of other community members,” said Kernion, a graduate of the Class of 1990. “However, I am also aware that a principal must be able to make decisions — often tough decisions — that may not be popular or well-received by everyone. I pray that I will do what is right and best for the school even when those decisions are difficult. Ultimately, the position of principal is not about the individual. It is about the Jesuit High School community — especially our students.” 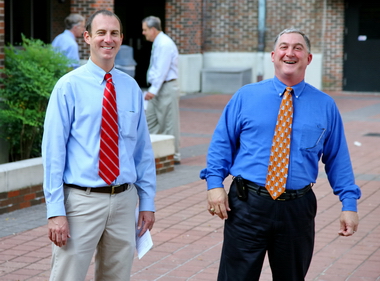 In November, Fr. Fitzgerald appointed a search committee that sought qualified applicants from across the country. The committee sifted through the resumés of 18 talented respondents and evaluated the entire group before narrowing the search to three final candidates, one of whom was Kernion. Each of the finalists was personally interviewed by the search committee and by Fr. Fitzgerald. The final candidates also met with academic department chairs and a representative group of Jesuit seniors. Both of these groups provided feedback to Fr. Fitzgerald.

Fr. Fitzgerald ultimately offered the position to Kernion, who will become Jesuit’s 16th principal * — and only the fourth layperson to hold the job — since 1926, the year the school relocated from Baronne Street to Carrollton and Banks. Fr. Fitzgerald expressed his gratitude to everyone who assisted in the search for a new principal and affirmed that Kernion is the right choice for such a high profile and demanding position.

“I share the confidence of our search committee that Peter has the requisite leadership and administrative skills to be an effective principal who will continue to lead Jesuit in a positive direction,” said Fr. Fitzgerald. “Peter is a person of high moral character who possesses those quality character traits that one would expect to find in a principal, especially a Jesuit High School principal. His integrity is unquestionable and his judicious approach to solving problems is appreciated. Peter also is a perceptive listener and a team player who embraces an enthusiastic work ethic.”

Nowhere were Kernion’s attributes and leadership skills better manifested than in the aftermath of Hurricane Katrina when he relocated to Houston and assumed a key role in helping to establish a satellite night school at Strake Jesuit for 400 displaced Blue Jays. Kernion soon returned to New Orleans where he took charge of launching a second satellite school at St. Martin’s Episcopal School in Metairie for those Blue Jays who had not evacuated. 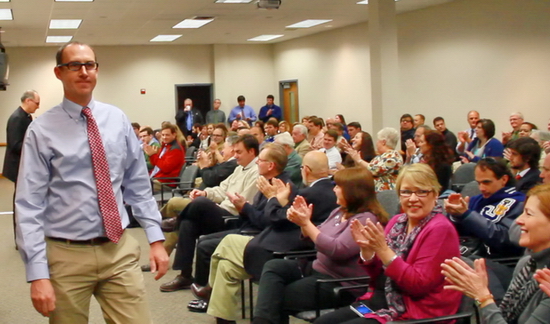 Peter Kernion, who will be the next principal of Jesuit High School, was introduced
by Fr. Raymond Fitzgerald, S.J., president of Jesuit, to rounds of applause at a special faculty meeting Wednesday, March 6, 2013.

Kernion, who holds a M.Ed. in educational administration from the University of New Orleans, has a wide range of experience since joining Jesuit’s faculty in 1996 as an English teacher and an assistant coach for the cross country and track teams. He has served in various capacities, including assistant disciplinarian, academic scheduler, and director of the summer school program.

As assistant principal of student affairs since 2001, Kernion had significant responsibilities that included preparing and filing annual reports required by professional accrediting agencies, creating and maintaining the master schedule, coordinating various high school athletic eligibility reports, overseeing teacher education files, and organizing several aspects of Jesuit’s annual commencement ceremony. Additionally, he taught an English class and was the head coach of the Blue Jays’ cross country team (which he was a member of as a student from 1985-1990). As principal, Kernion will be giving up his cross country coaching responsibilities.

Kernion and his wife, Amy, recently celebrated 15 years of marriage. They have two children, Brennan (age 10) and Catherine (age 8). The family resides in Old Jefferson, and they are parishioners of St. Catherine of Siena Church.

* NOTE: Mr. Kernion will become the 16th principal of Jesuit High School, not the 15th as was erroneously reported in the original story. 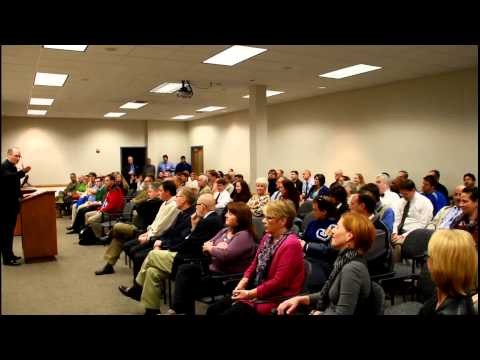