Jays Rule the Field with 4-0 Defeat of Rummel 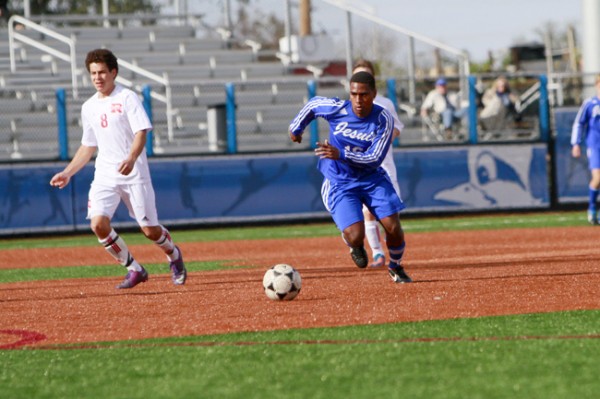 Jesuit took an impressive 26 shots and nine corners to defeat the Rummel Raiders, 4 to nill. The game, originally planned for play at the Rummel field, was played on the wet weather-tolerant artificial turf at John Ryan Stadium.

Junior Will McQueen scored the first goal of the game in the fifth minute. The second goal followed at the 16th minute by senior Mason Belle to put the score at 2-0 at halftime. In the second half, junior Luke Hahn scored on a penalty kick in the 44th minute, and senior Tyler Hatrel scored in the 63rd minute off a free kick just outside the box.

The Jays continue district play against the Chalmette Owls in John Ryan Stadium on Tuesday, January 22. Kickoff is scheduled for 5 p.m.