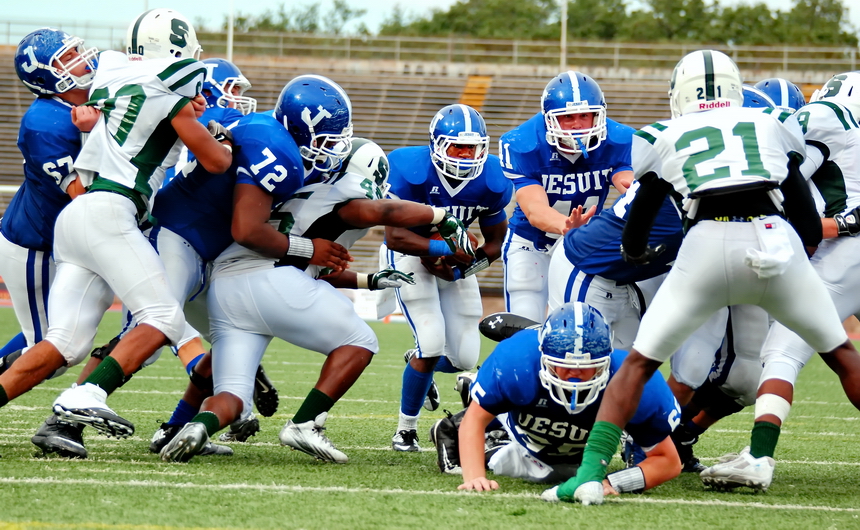 Charles Jackson scores for the Jays in their Saturday afternoon game against Archbishop Shaw.

Jesuit returned to the scene of last week’s tough, heartbreaking loss to the Holy Cross Tigers to take on the Eagles of Archbishop Shaw on Saturday afternoon at Tad Gormley Stadium. Behind the running of junior Charles Jackson, who scored twice, the Jays defeated the Eaqles, 24-17.