Jim Ryder of the Class of 1962 – who was honored as Jesuit’s 2013 Alumnus of the Year at the annual Homecoming Mass on Sunday, Oct. 20 – is joined by his wife Peggy and their immediate family in front of the altar in the Chapel of the North American Martyrs. Jim and Peggy have two daughters, two sons-in-law, and six grandchildren. Front row, from left, are grandchildren Ben Frey and Sophie Frey; Jim and his wife Peggy; and grandsons Michael and Nicholas Patritti; back row, from left, son-in-law Fred Frey (a Blue Jay from the Class of ’84) and his wife, Julie Ryder Frey, and son Jack Frey; Joseph Patritti, who is the son of Christy Ryder Patritti and her husband Dave Patritti. The Freys live in Austin and the Patrittis reside in St. Louis.

James E. Ryder, Jr. — a 1962 graduate of Jesuit High School and a CPA whose expertise and wise counsel in complex taxation and estate planning issues has benefited clients as well as numerous charitable organizations — was honored as the school’s 2013 Alumnus of the Year.

The award is given annually to an outstanding alumnus who is recognized for his achievements and notable service, either to Jesuit or the community-at-large, and in many instances, both. Ryder received the award at Homecoming Mass for Jesuit alumni on Sunday, Oct. 20 in the Chapel of the North American Martyrs. A jazz brunch and reception followed in the Student Commons.

“Jim Ryder is a classic example of a person who, first and foremost, seeks to serve others,” said Fr. Raymond Fitzgerald, S.J., president of Jesuit High School. “His generosity, his wise and prudent counsel, and his positive and encouraging approach all contribute to Jim being someone special, a professional who enhances any group or institution with which he is associated. Jim is the embodiment of what it means to be a man of faith and thus a man for others.”

Ryder said he was caught by surprise when Fr. Fitzgerald arrived at his office to inform him of his selection as Jesuit’s 56th Alumnus of the Year. “There are legions of Jesuit alumni, so many ‘men for others,’ who are worthy of this award,” said Ryder, adding, “The Alma Mater describes Jesuit as the ‘star of our youthful years.’ It certainly was that for me. Jesuit also remains a guiding light ‘through all the years of life,’ as the song continues. The values, the discipline, the friendships, the formation of the attitude of being ‘men for others’ all have been great influences in my life, even when operating in the background.” 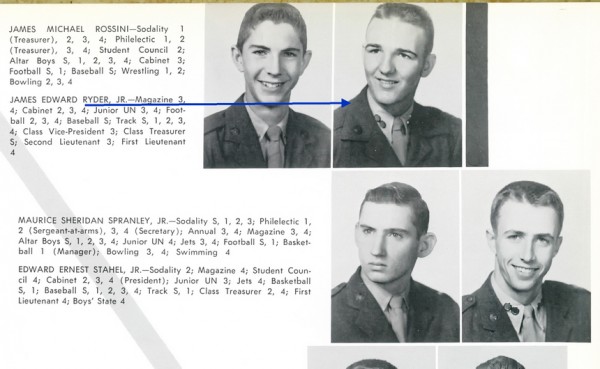 After graduating from Jesuit, Ryder continued his education with the Jesuits at Loyola University, earning a bachelor of business administration degree in 1966 and two years later, an MBA. In 1966 he began his accounting career with a focus on various taxation and estate planning issues. Ryder worked at five local accounting companies over the next 16 years and accumulated enough experience that he decided to go solo in 1982. Five years later, Ryder was named by Money Magazine as one of the top five CPAs in Louisiana.

At Jesuit High School, Ryder has long been an active leader, mainly through his service as a member of the President’s Advisory Council since 1994. Ryder has frequently offered wise counsel in matters pertaining to extraordinary giving, a significant reason for the school’s sound financial standing. Additionally, he is a fixture at Jesuit’s annual Open House (Nov. 6, 2013), offering a warm smile and a friendly greeting to the many visitors. As a member of the Class of 1962’s leadership team, Ryder has worked hard to ensure that his fellow Blue Jays remain connected and of service to each other and to their alma mater.

Ryder is also heavily involved in Dominican High School, the alma mater of his wife and their two daughters, Julie and Christy. He is a member of the board of directors, serving as its chairman in 2008-2009. In recognition of his service to the all-girls school, Ryder was awarded an honorary degree from Dominican, the only male to receive such an honor.

Ryder’s call to service as a board member has benefitted numerous non-profit organizations, including Goodwill Industries of Southeastern Louisiana (chairman 2002-2003); Christian Health Ministries Foundation; and the Ruth Fertel Foundation.

In his professional career, Ryder is a frequent speaker at conferences and has given of his experience and expertise to assist others, particularly young up and coming accountants. He has taught numerous courses for AICPA; the Louisiana Society of CPA’s; Alexander Grant & Company; and Peat, Marwick, Mitchell & Company. Ryder also served as an adjunct professor of taxation at Dillard University from 1969 to 1980 and the University of New Orleans from 1996 to 2011.

Jim and his wife Peggy have been married for 47 years. They have two daughters, Julie, married to Jesuit alumnus Fred Frey ’84, and Christy, married to Dave Patritti, an alumnus of St. Louis University High, a Jesuit high school in that Missouri city. Jim and Peggy have six grandchildren. 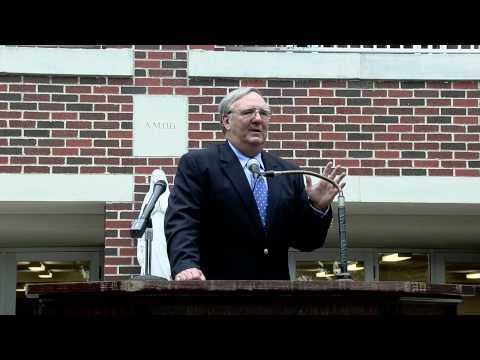