In a Straight Up Dual Match Against the Raiders, Blue Jay Golfers Claim the Advantage 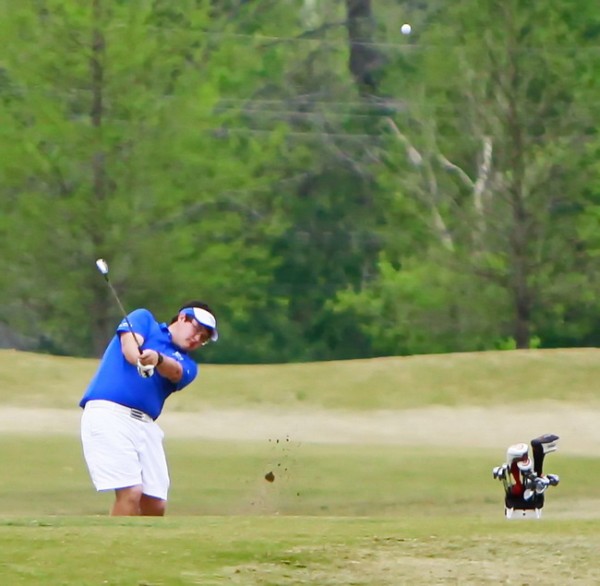 Junior Will Dufour pushed his drive slightly left on the 7th hole at Lakewood Golf Club and used a short iron for his approach shot, landing the ball about nine feet below the hole. Dufour had to settle for par after his birdie putt came up just short.

The action took place on Tuesday afternoon, April 2, as Jesuit’s golf team won its match against Archbishop Rummel, 152-173. In these types of matches, coaches from each team select five golfers to compete, but only the four lowest scores count after finishing nine holes. The four Blue Jays who turned in the lowest scores on the par 36 front nine course were senior Nick Ingles (37), junior C.J. Blagrove (37), junior Alex Anderson (39), and freshman Grant Glorioso (39).

During the Easter break, several members of the varsity golf team, accompanied by family and Coach Owen Seiler ’75, competed in the Palmetto High School Tournament in Myrtle Beach, SC, taking home third place honors in the third flight of the two-day tournament. Alex Anderson shot 164 (85-79); freshman Carlo Carino ended with a 166 (85-81); junior Cole Johnson carded a 167 (85-82); and Jack Culotta scored 170 (88-82). The team was given a plaque and each player also received a medal for their accomplishments.

The golf team has two district matches remaining on the schedule: Chalmette on Thursday, April 4, and Brother Martin on Tuesday, April 9. Both matches are at Lakewood and begin approximately 4 p.m.