Jesuit vs. Holy Cross lives up to its billing as a Great American Rivalry 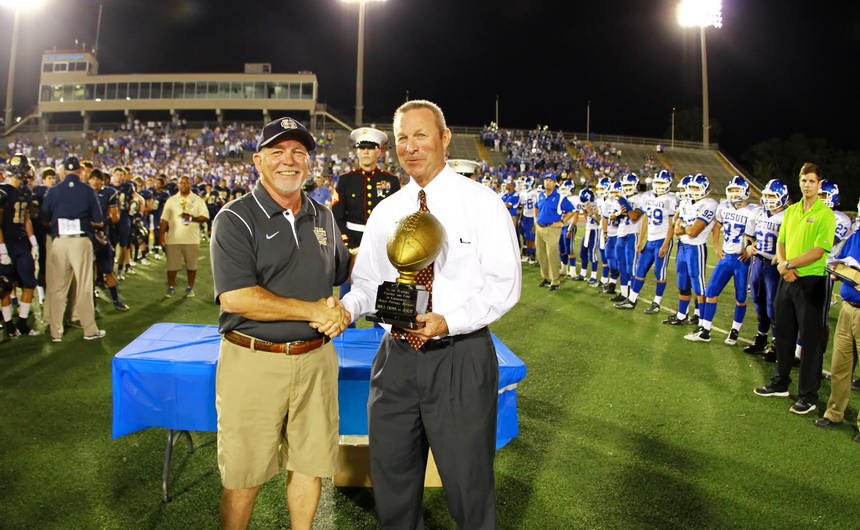 Jesuit athletic director Dave Moreau (right) presents the “Golden Football” to Holy Cross athletic director Mike Bujol. The Jays have maintained possession of the ball for some five years. With the Tigers’ 16-13 win over the Jays, Holy Cross will keep the trophy on display at the school. The “Golden Football” is a symbol of the long-standing rivalry between the two teams, one of the five oldest rivalries in all of prep football. The game on Friday, Oct. 11 was the teams’ 94th meeting. Jesuit’s record against the Tigers is now 54-38-1.

The 94th meeting between Jesuit and Holy Cross was everything that fans of prep football relish — “Tailsgating,” a storied rivalry, a parade, honorees and past participants of the game, an MVP, trophies, tons of hoopla as well as a halftime show that dwarfs those put on by college teams.

But this was not to be the year for the Blue Jays. With only two seconds remaining, Holy Cross’s kicker booted a 35-yard field goal to snatch a victory from the beaks of Jays.

TheNewOrleansAdvocate.com: Down to the wire