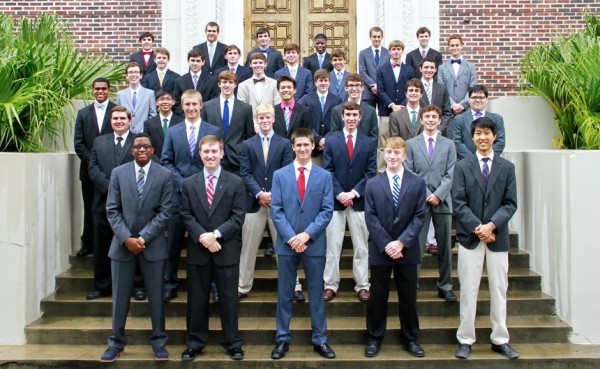 National Merit, Achievement, and Hispanic Scholarship honorees from the Class of 2014 assemble on the front steps of the school’s Carrollton Avenue entrance.

The National Hispanic Recognition Program, established in 1983 by the College Board, provides national recognition for Hispanic students based on their PSAT scores and identifies them for post secondary institutions.