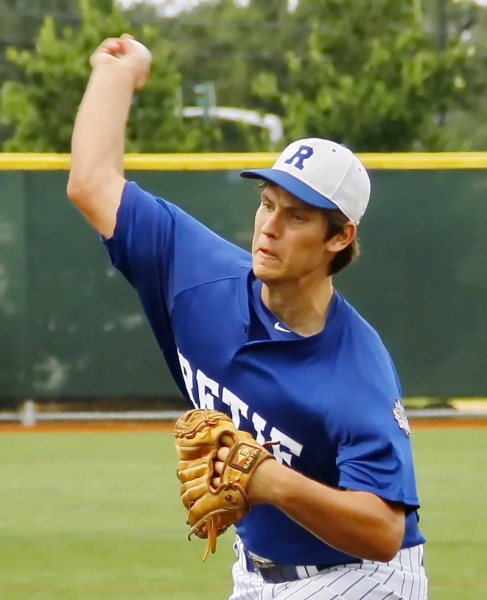 Retif Oil (20-5) notched two runs in the bottom of the first inning against Ponstein’s Grocery, and that was all that was needed for the boys in blue as they defeated the Holy Cross-based team, 2-0, in the opening game for both squads of the American Legion’s City Series on Saturday, July 6 at John Ryan Stadium.

In pitching a shutout, C.J. Avrard ’14 went the distance of nine innings, giving up seven hits and striking out eight Ponstein batters. His record is now 3-2.

Dylan Weston ’14 had two hits, including a stand-up double in the first inning that scored Mitch Alexander ’13 from second base. In the same inning, Steven Sigle ’14 drove in Retif’s only other run with a sacrifice fly to center, scoring Blake Baker ’14 from third base.

The double elimination tournament continues Sunday, July 7 when the two undefeated teams — Retif Oil and Peake BMW (Brother Martin) — play at 11 a.m. The big question is where will the game take place? Legion officials will first try to use Kirsch-Rooney Stadium, but if the field is unplayable due to weather, the game (and the tournament) will once again move over to John Ryan Stadium.