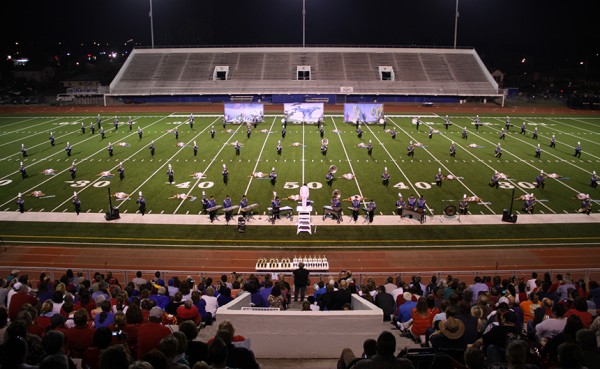 The 85-member Blue Jay Marching Band is wrapping up the fall season on a high note. On Wednesday, Oct. 30, the band — directed by Mr. Joe Caluda ’79 and assisted by Mr. Jason Giaccone — received an overall rating of “superior” from a panel of judges at the District VI Marching Band Assessment Festival. More than 15 bands from across the greater New Orleans area participated in the event which was held at Joe Yenni Stadium in Metairie.

Jesuit received “superior” ratings for drum major (senior Quinn Stiller), auxiliary (Jayettes, who are captained by Lauren Flettrich), and a mark of “excellence” in percussion (senior Dalton Steiffel), in addition to the overall grade of “superior.” Judges issued marks from “superior” to “good.”

“This year’s show is one of the most ambitious programs we’ve attempted, and I’m extremely proud of our young men and women who have worked tirelessly to perform and perfect it,” Caluda said.

The program included five movements (Seasons of Man, Total Mass Retain, I Get Up, I Get Down, Solid Time of Change, and Roundabout) from the Close to the Edge suite by the progressive rock group Yes.

Ken Boe ’84 and Dan Senentz ’83 serve as co-presidents of the Blue Jay Band Booster Club. The Jayettes are moderated by Chloe Crosby. Tony Viloria ’80 heads up the Jayettes parents organization.

The Blue Jay Band/Chorus Christmas Concert and Social is scheduled for Saturday, December 7.

Check back for a photo gallery. 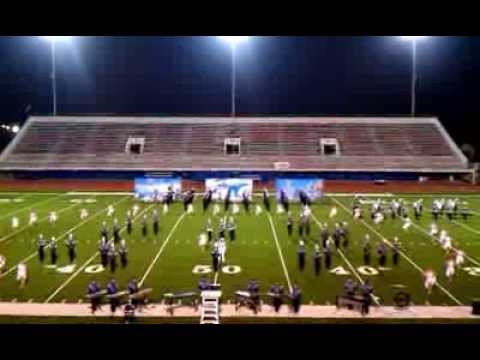 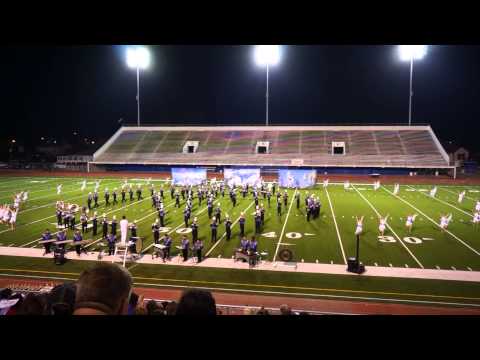