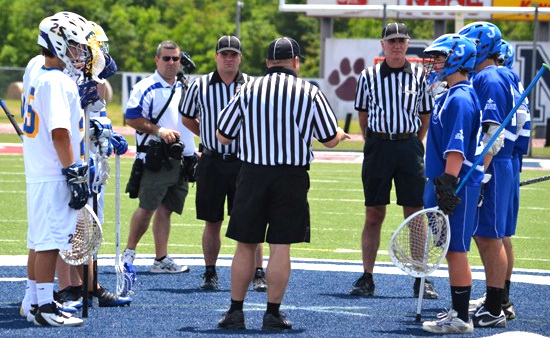 The teams prepare to face off.

In the 2012 state title game, Jesuit defeated St. Paul’s 7-5. The rival squads meet again on Saturday, Apr. 6, in a game that could very well decide this year’s district championship. Face-off is scheduled for 7 p.m. at Hunter Stadium on the St. Paul’s campus in Covington. The Wolves have won two of three games against the Blue Jays this year, but Jesuit defeated St. Paul’s (7-3) on Mar. 24 en route to winning the Battle by the Beach tournament in Gulfport, Mississippi.