Two Unbeaten Rivals Slug It Out On the Gridiron, But Blue Jays Sustain an Ever So Slight Pummel by Rummel, 38-17 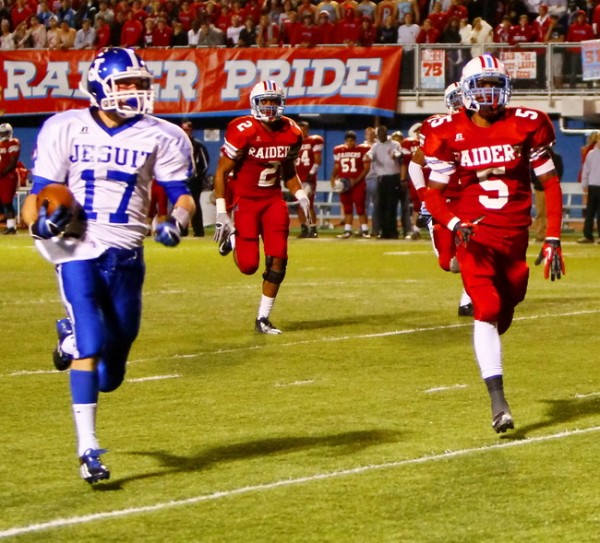 On the first play from scrimmage for the Blue Jays, senior quarterback Tanner Lee
throws a perfect strike to senior wide receiver Matt Hackney, who is off to the
races, outrunning the Raiders’ secondary and scoring an 80-yard touchdown.
The Jesuit fans went wild with excitement while the Rummel side of the field
stood in stunned silence.

The fifth-ranked Jays fought a valiant skirmish against Rummel on Saturday, October 27 at Joe Yenni Stadium, but the top-ranked Raiders won this battle, which was a lot closer than the final score of 38-17.

Nola.com Recap of the Jesuit vs. Rummel Game